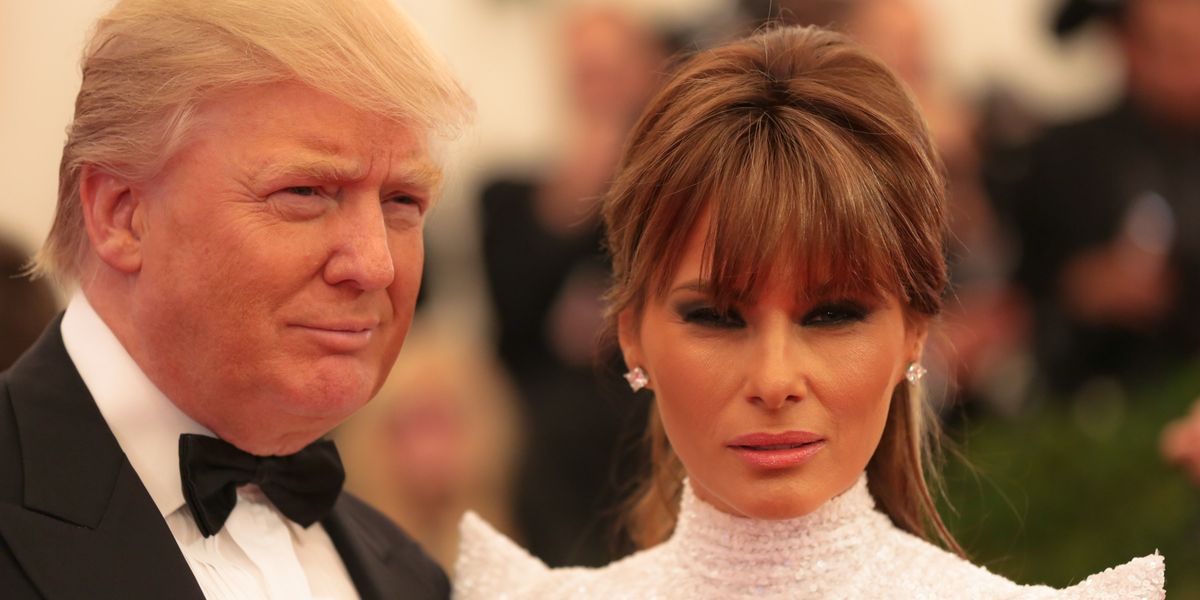 During the 2016 presidential race, First Lady Melania Trump made headlines for plagiarizing large chunks of a speech she made at the Republican National Convention from one made by Michelle Obama in 2008. Now, she's under scrutiny again for a seemingly similar misstep.

As part of her new "Be Best" campaign, the First Lady recently published a booklet titled, "Talking with Kids About Being Online." It was meant to innocuously educate parents on how to talk to their children about things like texting while driving and navigating cyber bullying, but the pamphlet immediately received widespread backlash for being very similar to one created by the Federal Trade Commission in 2009. Though the pamphlet was initially accredited to Trump and the FTC, it was changed to say the booklet was written by the FTC and promoted by Melania Trump, The Cut reports.

Melania Trump's director of communications, Stephanie Grisham, released a statement about the campaign, saying Mrs. Trump "agreed to add Be Best branding and distribute the booklet in an effort to use her platform to amplify the positive message within." Her statement also included a quote from Nathaniel Wood, the Consumer and Business Education Division Associate Director at the FTC, saying that the FTC was "excited that Mrs. Trump distributed this important information about staying safe online."

Aside from the plagiarism criticism, the campaign feels a little broad and half-baked. The three main pillars of the initiative are well-being, social media use, and opioid abuse. In a promotional video, Mrs. Trump says she wants to promote vague niceties like kindness, compassion, and respect for children. Half way through the video, she introduces the concept of the opioid epidemic without much background information or explanation for how she plans to battle such a complicated and serious issue.

Watch the video for the initiative, below: