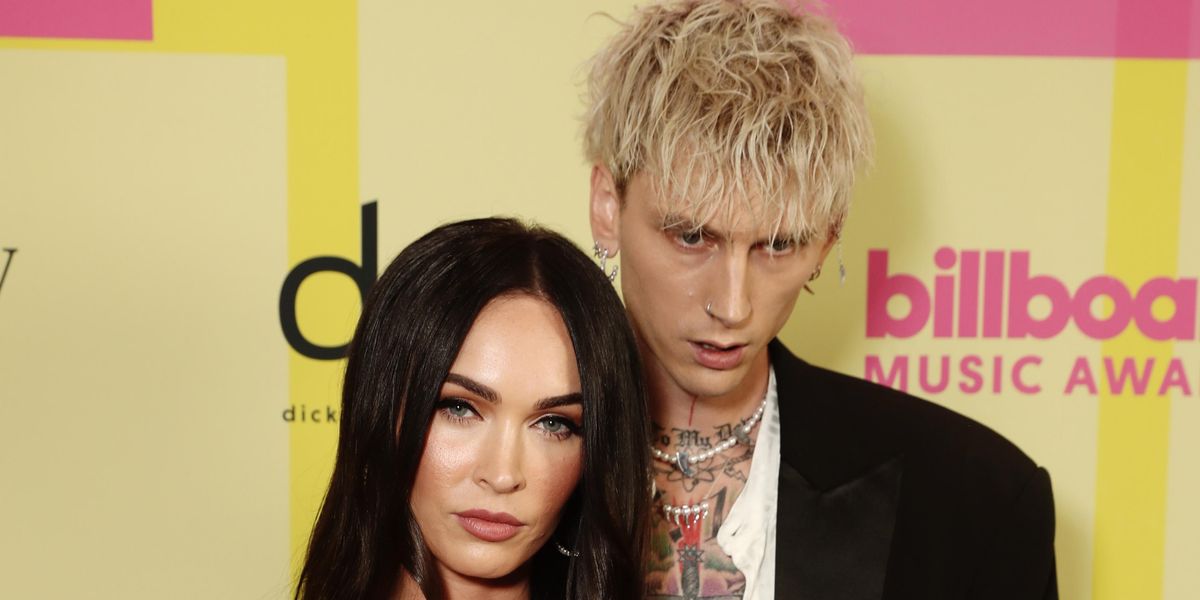 Megan Fox has something to say to people side-eyeing the age gap between her and Machine Gun Kelly.

In a recent interview for InStyle, the 35-year-old actress took aim at critics who apparently have an issue with their age difference. You know, despite the fact she's only four years older than him.

"You want to talk about patriarchy?," Fox said. "The fact that he's four years younger than me, and people want to act like I'm dating a younger man. He's 31, and I'm 35."

And though she half-joked that he's "lived like he's 19 his whole life," the star also said that famous men don't incur the same level of scrutiny for dating younger women. Case and point: Leonardo DiCaprio's refusal to date anyone over the age of 25 or the fact that her ex-husband, Brian Austin Green, is 47-years-old. Which, if memory serves right, was something no one cared about.

"No one would blink twice if George Clooney was dating someone four years younger," she continued. "Four years? Go fuck yourself.

Additionally, Fox went on to (rightfully) point out that they would have been "in high school together" and that it was "so ridiculous that women are treated that way." But even so, she also touched on the other sexist comments she's recently received, including questions about where her kids are which, again, is something a dad is rarely asked.

"Do you ask their dad when he's out? No," she continued. "Because you don't expect a dad to be with the kids all the time. But I'm supposed to not be seen and be at home with my kids."

She added, "They have another parent. I have to leave and sometimes I don't want them photographed and they don't come with me."