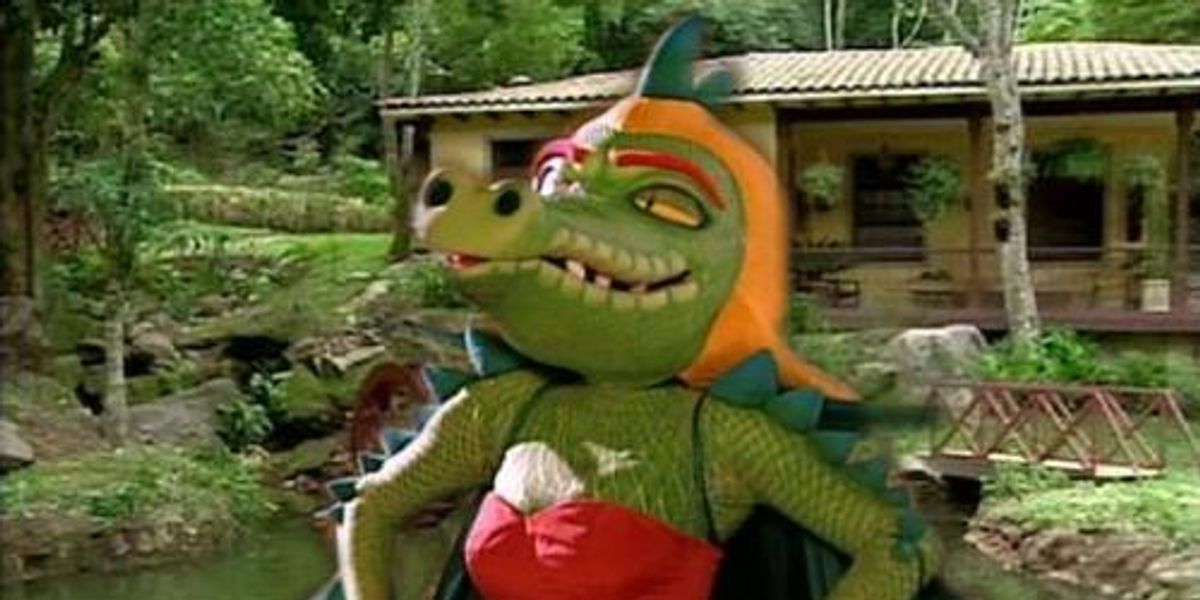 Everything on the internet happens quickly. It seems like only yesterday we were celebrating the entrance of the Babadook into the lineage of gay icons; but, of course, with every new day comes another new meme. And every so often, one of those memes will stick out from the rest to become a lasting fixture of popular culture.

Starting yesterday, a barrage of posts spotlighting GIFs of a sassy alligator with a sickening blonde wig and a sea of equally fabulous outfits hit Twitter in rapid succession. At first, many didn't know who this strange yet oddly alluring new figure was, but it didn't stop the internet from latching onto her likeness like a leech.

A deeper dive into her history would later reveal the creature's origin. Her name is Cuca, and she is a character from the Brazilian television show Sítio do Picapau Amarelo — itself an adaptation of a series of 23 fantasy novels, which were published from 1920 to 1947. Naturally, Cuca is the main antagonist of the show, and is described as a narcissistic witch who is obsessed with kidnapping and eating children. Though "eating children" is something I would never advise, her role as an "arrogant antagonist" made it virtually impossible to not amass a large fan base. The fandom has been growing ever since.

WHO IS CUCA? Here's all you need to know about the next great gay icon: pic.twitter.com/yQTkAPKfTM
— Mike T (@majtague) June 16, 2017

It wasn't long before someone posted a full video of Cuca in all her Sítio do Picapau Amarelo glory. Somehow, despite seeming impossible, she managed to be even more amazing when presented with sound in full technicolor. I don't speak Portuguese (and thus can't understand her), but I imagine her saying, "Get away from me! I'm too iconic to breathe the same air as you." Then she zaps him, because of course she has superpowers.

In the time since unearthing this glamorous creature, the internet has decided that there is a Cuca for any situation.

When you are belting out Nicki Minaj's iconic verse on "Monster."

When you forget the lyrics to "Greedy" by Ariana Grande.

When you need to do some sneaky research.

When you cosplay as RuPaul's Drag Race's Cynthia Lee Fontaine.

When you're feeling yourself on your way to deliver cookies to grandma.

the sudden popularity of these crocodile gifs is irrefutable proof that if you just put a wig on something the gays will stan #cuca pic.twitter.com/9cotJGDFi8
— Mimie (@AlphaMami) June 16, 2017


Move over, Babadook. We have a new gay icon in town.