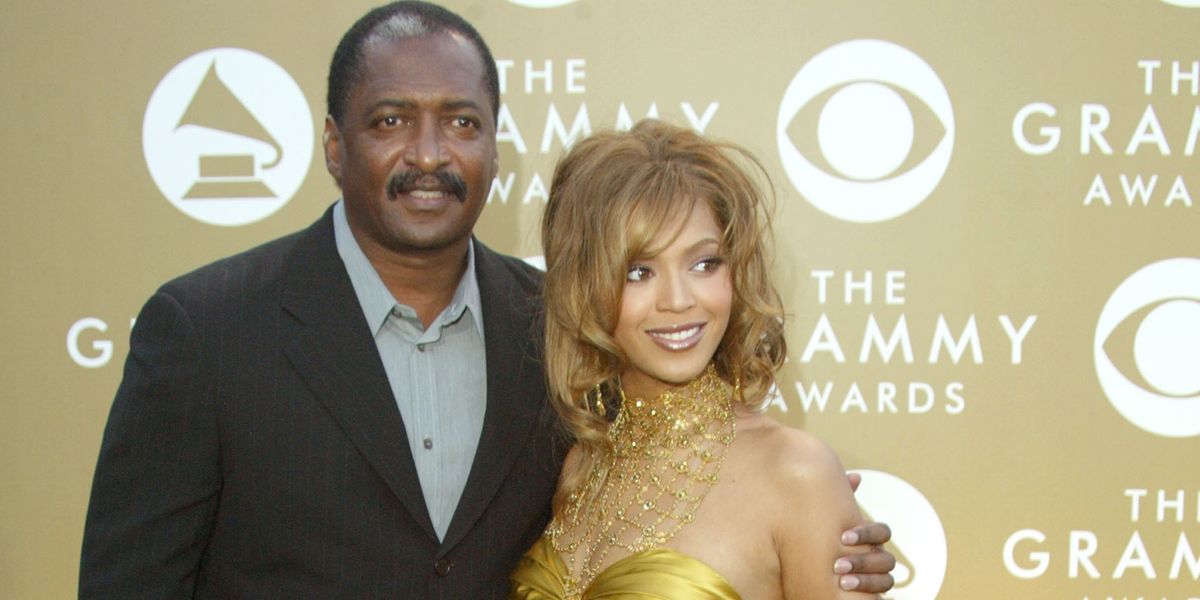 Beyoncé's father Matthew Knowles famously played a big part in her early success, entering her into competitions at a young age, having her sing and run at the same time to improve her lung capacity, helped Beyoncé form girl group Girls Tyme with other local Houston Girls when she was eight, and went on to manage Destiny's Child.

He's now implied that Beyoncé's ensuing stratospheric success might not have been possible if she was darker skinned. Speaking to Ebony magazine, Knowles said the industry favors lighter women, like his daughter.

"When it comes to black females, who are the people who get their music played on pop radio? Mariah Carey, Rihanna, the female rapper Nicki Minaj, my kids, and what do they all have in common?"

During the interview, which focused on Knowles' new book Racism: From the Eyes of a Child, he admitted that as a younger man deeply ingrained colorism led him to only want to date lighter skinned or white women. (He includes Beyoncé and Solange's mother Tina Knowles in this, saying he thought at first that she was white).

"I had been conditioned from childhood," he said. "With eroticized rage, there was actual rage in me as a black man, and I saw the white female as a way, subconsciously, of getting even or getting back. There are a lot of black men of my era that are not aware of this thing."

He said he wanted to share his experiences with the hope that others would begin to unpack colorism, which novelist Alice Walker defined in 1982 as "prejudicial or preferential treatment of same-race people based solely on their color."

Knowles received some pushback from fans for his statements that could be perceived as qualifying her success, and he and Beyoncé's relationship has a tense and complex past that she shed some light on in Lemonade. But the issue of colorism is not new, and was a topic of discussion on Love and Hip Hop: Miami as recently as last month, as the Washington Post notes.

In the first episode, Afro-Latina singer La Negra is told by a producer "she needs to look a certain way... a little bit more Beyoncé, a little less Macy Gray." The show received pushback too, but creator Mona Scott-Young defended the decision by saying, "If you aren't talking about something how can you be fostering understanding?"

Other people do talk about the issue, if not often. In 2013, J.Cole broached the topic in an interview with BET, saying he believed it helped Obama win the presidency. "That brainwashing that tells us that light skin is better, it's subconsciously in us, whether we know it or not. But Barack Obama would not be President if he were dark skin. You know what I mean? That's just the truth. I might not be as successful as I am now if I was dark skin."

Former Destiny's Child member and close friend of Beyoncé Kelly Rowland also addresses the issue on her reality show Chasing Destiny, in which she searches for more dark-skinned singers for a girl band, like Normani Kordei of Fifth Harmony. "I feel it's so necessary for my niece, my unborn kid, she has to see chocolate women," Kelly said.