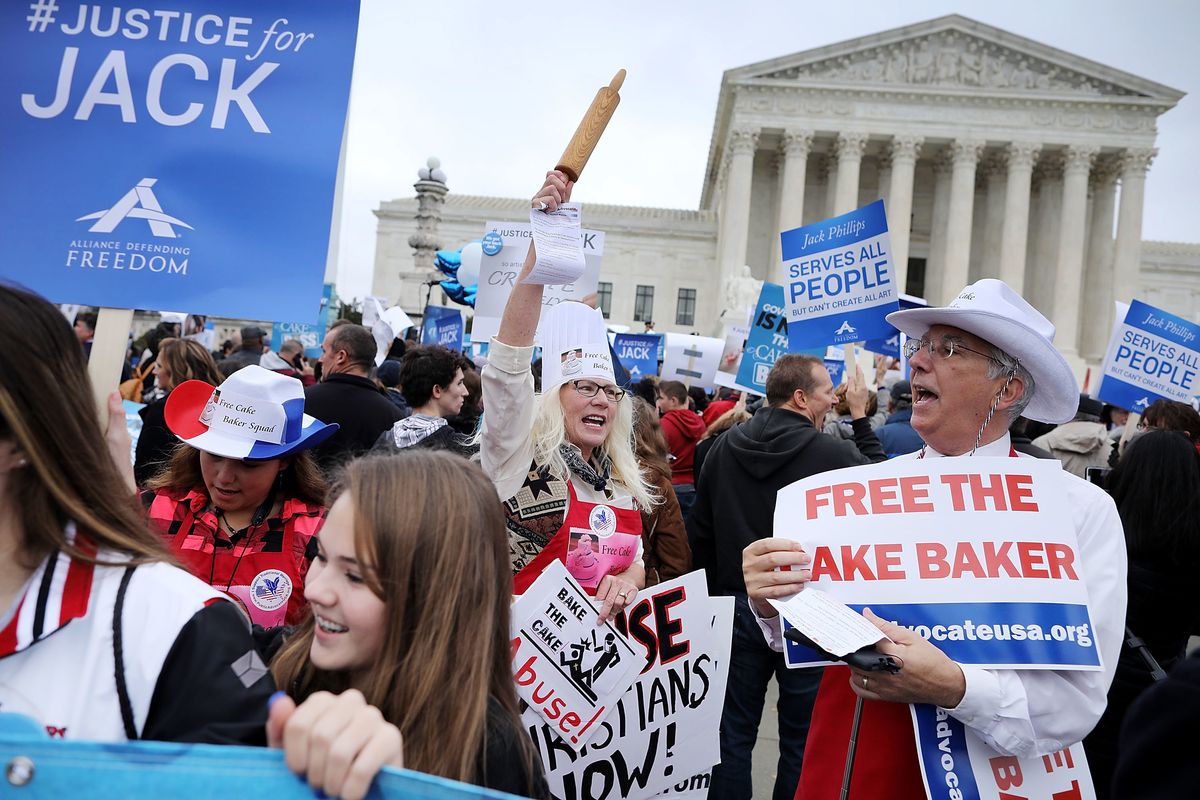 The Supreme Court has now ruled that the Colorado baker who refused to bake a cake for a gay couple's wedding based on "religious beliefs" was within his rights, marking a huge backwards step from the nation's highest court with regards to civil rights.

With only justices Ruth Bader Ginsburg and Sonia Sotomayor dissenting, seven judges ruled in favor of baker Jack Phillips' right to turn down to service Charlie Craig and David Mullins. The "Masterpiece Cakeshop" ruling focuses on Phillips' First Amendment rights, granting an individual victory instead of setting a nationwide standard as to what constitutes unlawful discrimination.

Ruth Bader Ginsburg was quick to reveal the reason she opposed the decision: "The Colorado court distinguished the cases on the ground that Craig and Mullins were denied service based on an aspect of their identity that the State chose to grant vigorous protection from discrimination."