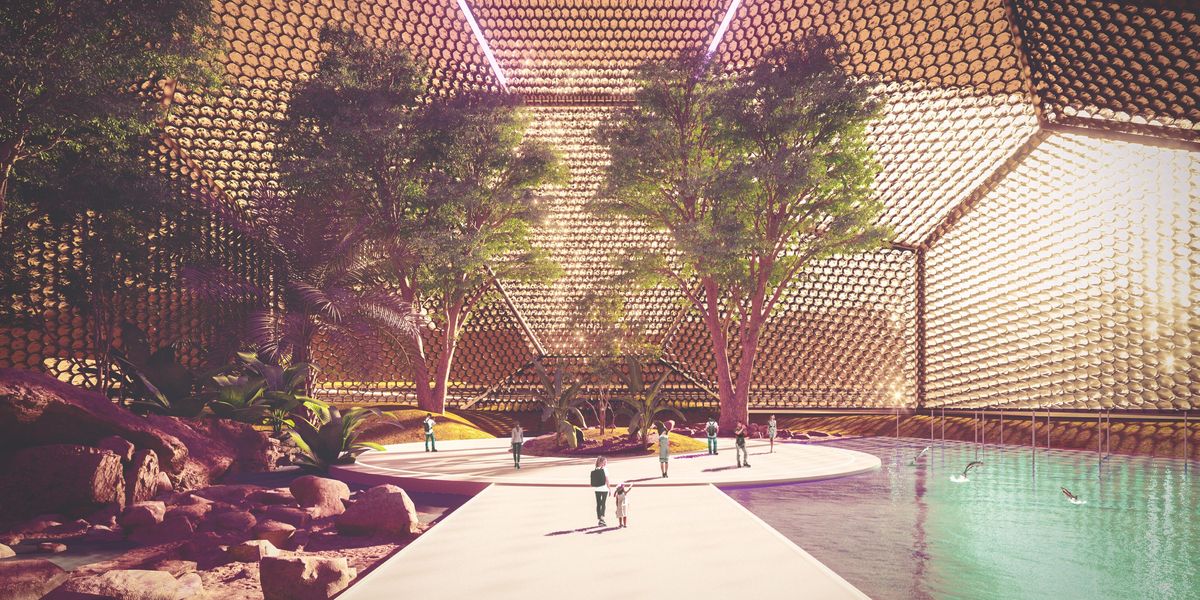 By the latter half of this century, the first sustainable city to exist on Mars could be under way thanks to ABIBOO.

The architecture studio revealed its plans to create the city, named Nüwa, and start construction on it in 2054 at an area of the planet named Tempe Mensa. Nüwa will have 250,000 people when it's finished and be located inside of a rock that's a part of a steep cliff to protect city goers from radiation and meteorites.

ABIBOO will create "macro-buildings" inside the cliff that can be accessed by elevator systems, as well as a train and bus system for people to commute from one side of the area to the other. Crops, that will make up half of the human diet on Mars, will be farmed at Mesa, the highest point of the cliff location that was picked for its direct access to sunlight.

With supplies from Earth and initial capital investment, ABIBOO believes that the city would become sustainable. Who knows, maybe more of these cities could open up around the planet? And don't worry — if you want to return to Earth, you'll be in luck. Every 26 months, there will be one-way shuttle ship tickets that cost $300,000. Good luck earning that on Mars.

In the accompanying video of the city's concept, up above, the futuristic, Blade Runner-like design can be seen.