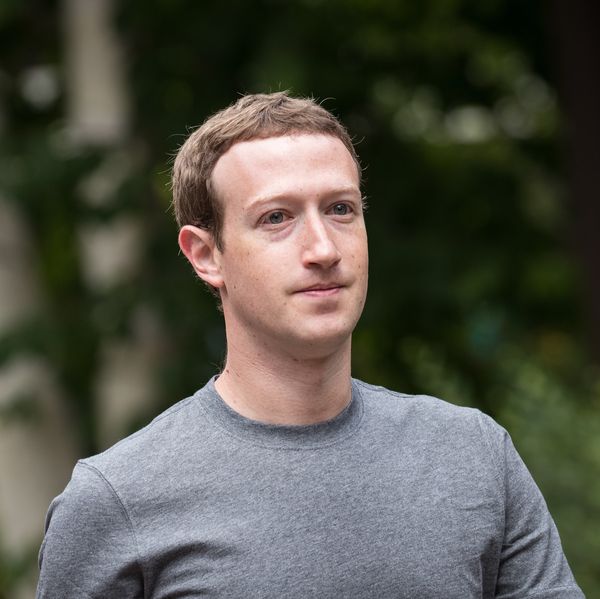 On Thursday, Mark Zuckerberg finally addressed the news, broken days earlier by the New York Times and The Guardian, that consulting firm Cambridge Analytica had acquired data on more than 50 million Facebook users without their consent years ago. In (what else?) a Facebook post, Zuckerberg wrote, "We have a responsibility to protect your data, and if we can't then we don't deserve to serve you."

He then gave a timeline of events related to the "breach," starting in 2007 when Zuckerberg dropped the "The" and Facebook became more or less the social platform we know it as today. Jumping forward to 2013, Zuckerberg explains how a personality quiz app made by Cambridge University researcher Aleksandr Kogan became the access point through which Kogan (and possibly others?) mined the data of the 300,000 people that downloaded it and tens of millions of their friends.

After apologizing, Zuckerberg outlined the steps Facebook has taken in the past and will take in the near future to protect its users' data. Facebook mostly stopped users from being able to share their friends' data with third-party apps in 2014, and says it will now "conduct a full audit of any app with suspicious activity," which is vaguely reassuring. It will will also remove developers' access to the data of users who haven't interacted with their app after 3 months, and will install a more visible tool at the top of the News Feed, making it clearer to users which apps they've given access to (and an easy way to take that access back). Zuckerberg also said that he's "happy" to testify before Congress, "if it's the right thing to do."

Zuckerberg's post and ensuing media apology tour (talking to CNN, the NYT, Recode and Wired to start) marked far more transparency from the boy-genius CEO than we've seen in the past, forced as he was to step up by public pressure. Being rubbed the wrong way by Zuckerberg is something of a national pasttime (helped in no part by his abrasive, 19-year-old behavior he can't live down), and his apology was met with well, resistance:

Watching #MarkZuckerberg in his interview, I'm having difficulty finding something I can like about him.
— Robby Scharf (@Robby Scharf)1521735421.0

Zuckerberg's awkwardness during interviews and insistence on referring to the college kid he was when he started Facebook fourteen years ago — and not the 33-year-old, seasoned CEO that he is now, not only don't play well with the public, but overshadow the very powerful space he inhibits.

"I'm really sorry that this happened," Zuckerberg told CNN's Laurie Segall. "I started this when I was so young and inexperienced. I made technical errors and business errors. I hired the wrong people. I trusted the wrong people. I've probably launched more products that have failed than most people will in their lifetime."

Zuckerberg repeated that stance in an interview with the New York Times. When asked by Kevin Roose if he feels "any guilt about the role Facebook is playing in the world," Zuckerberg said," If you had asked me, when I got started with Facebook, if one of the central things I'd need to work on now is preventing governments from interfering in each other's elections, there's no way I thought that's what I'd be doing, if we talked in 2004 in my dorm room. I don't know that it's possible to know every issue that you're going to face down the road. But we have a real responsibility to take all these issues seriously as they come up, and work with experts and people around the world to make sure we solve them, and do a good job for our community."

As CNN's Brian Stelter (and others) have pointed out, Zuckerberg's influence has far outpaced his dorm room dreams, and it's fair that the public demands he reckon with that, immediately.

.@brianstelter on Zuckerberg's unique self-made seat on the planet: "Mark Zuckerberg at this point is a world leade… https://t.co/5WLni3RPjE
— Brian Ries (@Brian Ries)1521682085.0

Big data and mass surveillance are features of an authoritarian state Americans have feared for decades, and yet, now that they're here, we're mostly inclined to look the other way. There is so much information to sift through, so many 100-page Terms and Conditions to accept, and unique passwords to remember, and privacy settings to adjust, and laptop cameras to tape over, that at some point we're overwhelmed enough to decide to just move forward (and take that fun personality quiz, even if you're not quite sure who made it and why they need access to all your data), trusting that data gatekeepers like Zuckerberg, at the very least, have the best intentions of their shareholders in mind.

Moments like the Cambridge Analytica drama may seem scandalous, but it wasn't necessarily illegal practices that got us here. Data collection and transfer is the very fabric of Facebook's business strategy — the foundation upon which it rests. Facebook and its ilk are only as successful as their users are willing to share the details of their lives online. And despite headlines blaring that Facebook's stock lost billions in value over the breach, not everyone is so sure the company won't bounce back just fine. Mega-influencers may be able to take down your platform with their casual disapproval, but the nefarious exploitation of the public's data? Not so much. One anonymous advertising insider even told CNBC that the only reason advertisers would pull out of Facebook, aside from a mass exodus of users (which given that the platform has become a near-integral part of the lives and businesses of billions around the world seems unlikely), is if new data protections made it harder for advertisers to target users.

Companies and the people that run them make mistakes, and Zuckerberg's shrugging insistence that it would be impossible for anyone in his position to get things right indicate that he's not going to become the charismatic social leader the size of his platform seems to demand. And as Robinson Meyer points out at The Atlantic, despite calls for his resignation, "the only person with the power to fire Zuckerberg is Zuckerberg himself." So where does that leave us? Technology is ultimately only as ethical, or empathetic, or conscientious as the people who develop it. There will be more data breaches, if not with Facebook explicitly than in some other capacity, just as there will always be hackers looking for holes in the system.

When Segall asked him about the possibility of continued election meddling, Zuckerberg said, "I'm sure someone's trying. I'm sure that there's v2, version two, of whatever the Russian effort was in 2016, I'm sure they're working on that. And there are going to be some new tactics that we need to make sure that we observe and get in front of."

For those of us who've grown up on the Internet, the question has always been when, not if, our data would be exploited. The issue we should be thinking about is not the inherent vulnerability in turning over the most personal details of your life to a mega-corporation, but why we were so easily influenced by the cheap propaganda that data was used to create. That's on us — not Zuckerberg.