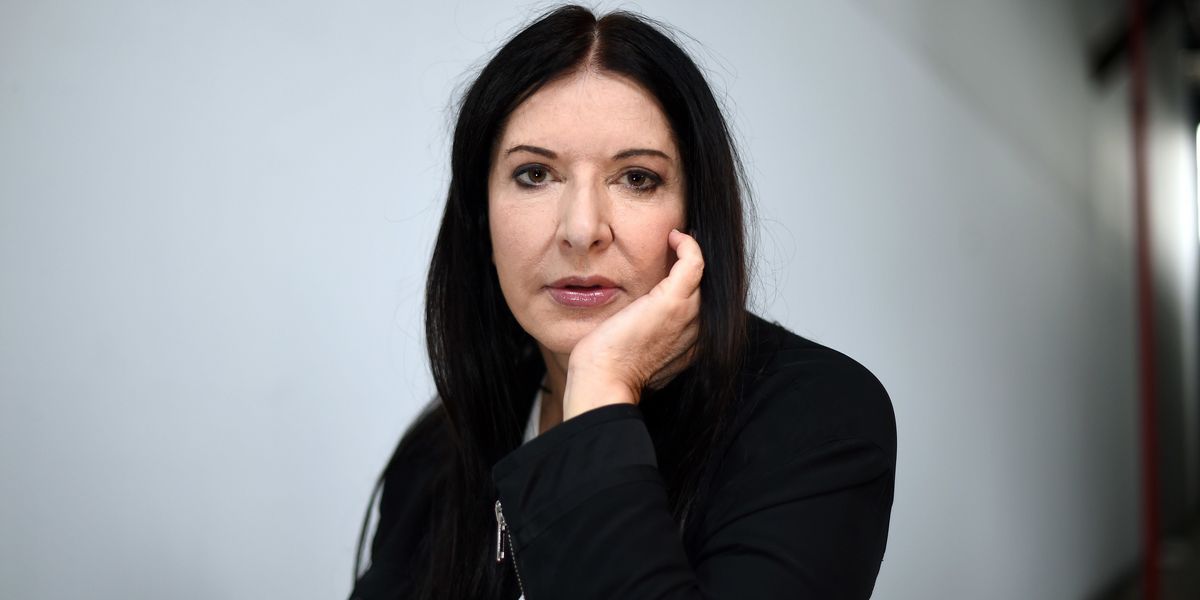 Our favorite, enigmatic, out-there artist Marina Abramovic is one-upping herself once again with a new twist to her performances. She's revealed that she plans to be charged with one million volts of electricity, in the name of art.

The stunt will happen at her seminal Royal Academy show, when she will become the first woman ever to take over the main galleries in its 250-year existence. The Serbian-born artist is working with the studio Factum Arte on dozens of artworks, including the electrical charge. Factum founder Adam Lowe acknowledges that if the work goes wrong, it could be disastrous for Abramovic, but that's a risk she's willing to take.

"We are not reckless or cavalier with the technology," he told The Times. "Her performances are highly extreme. Many of the things she has done are far more dangerous."

Indeed, past shock-factor performances by Abramovic have included the time she stabbed a knife repeatedly between her outstretched fingers, cutting herself ten times, or the time an audience member she invited to pick up a loaded gun placed it against her neck with her finger on the trigger. (Though you might remember her slightly less fearsome works, like The Artist Is Present's endless staring contest or her memorable — and later contentious — collaboration with Jay-Z).

Lowe said that they would be building a special machine using the techniques of Kirlian photography, which was developed in the 19th century as a process using high voltage to create contact print photographs. The specifics will be worked out over the next two years for the 2020 show, with Lowe adding to The Times, "Marina is the performer, we are the set-builders."

The goal is for Abramovic to be charged with the one million volts, following which she will try to extinguish a candle flame using a stream of electricity coming from her fingers.

"Electricity is something that people really don't understand," Lowe said. "If you look on the internet though, you will see people becoming highly charged and as long as they are insulated, you can fly bits of lightning out of your fingers."

We can't wait for the performance —and hopefully there will be no imitators.