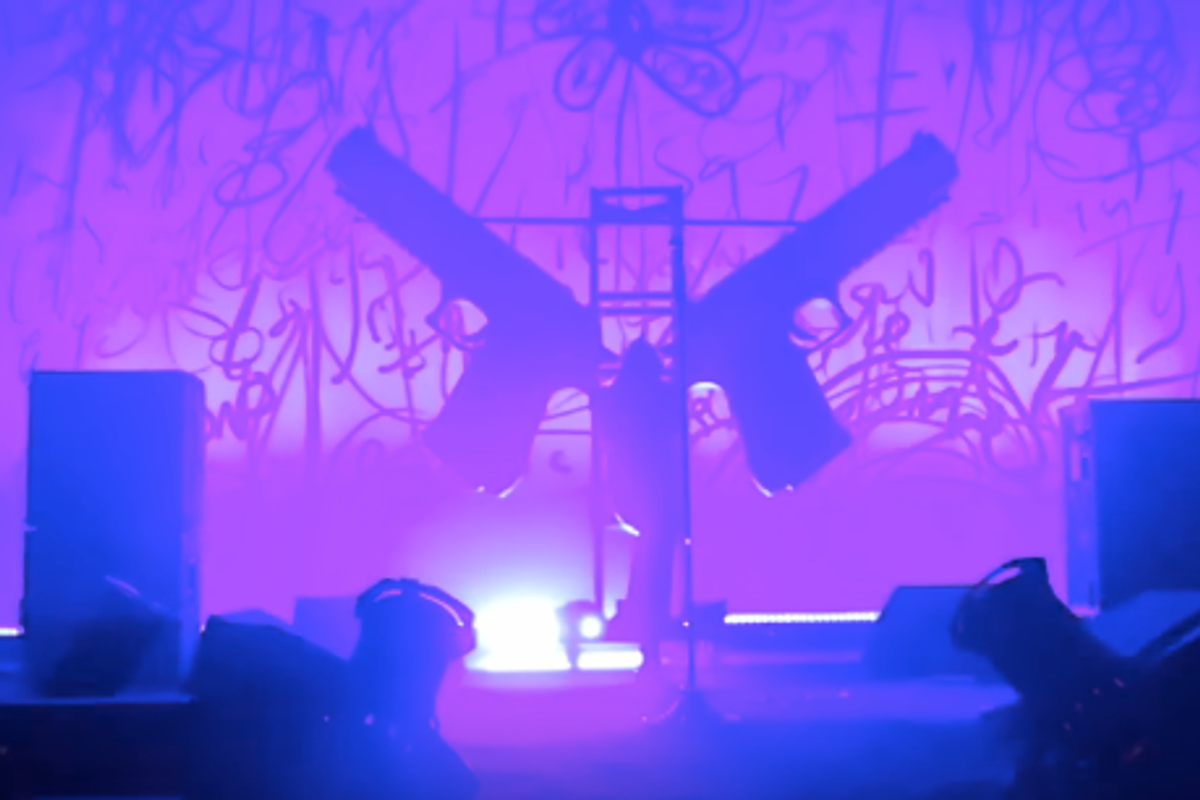 Goth star Marilyn Manson has reportedly been hospitalized after a large gun prop from his stage scenery fell on him during a performance in New York City last night.

Footage from the moment shows Manson attempting to climb the scaffolding holding up two giant guns before they fell on top of him:

Billboard reports that after a few moments of confusion, Manson was put on a stretcher and walked out of the show. Manson's supporting act, Alice Glass, ran out of the show crying.

Eyewitness Anthony Biscardi told the BBC, "He was performing the song 'Sweet Dreams'. Towards the middle of the song it seemed as though he tried climbing onto a prop. The first touch of weight on those poles and it came crashing down onto him."

A piece of the set fell right on him :( :( @marilynmanson pic.twitter.com/p6KQLyXUOK
— Anthony (@antkneebee) October 1, 2017

A representative for Manson told Rolling Stone, "Manson suffered an injury towards the end of his incredible NYC show. He is being treated at a local hospital."

Because the seriousness of Manson's condition is still unknown, people are panicking online that he may not be okay (and also making gun jokes).

Dear Satan, please don't take Marilyn Manson from us, he's done so much for you
— Cat Jones (@catjonessoda) October 1, 2017

Marilyn Manson is injured by a pair of giant guns falling on him... enough is enough. When are we going to get serious about gun control?
— Christopher Overture (@ChrisOverture) October 1, 2017

Manson was three dates into his tour for his new album Heaven Upside Down, due out October 6.