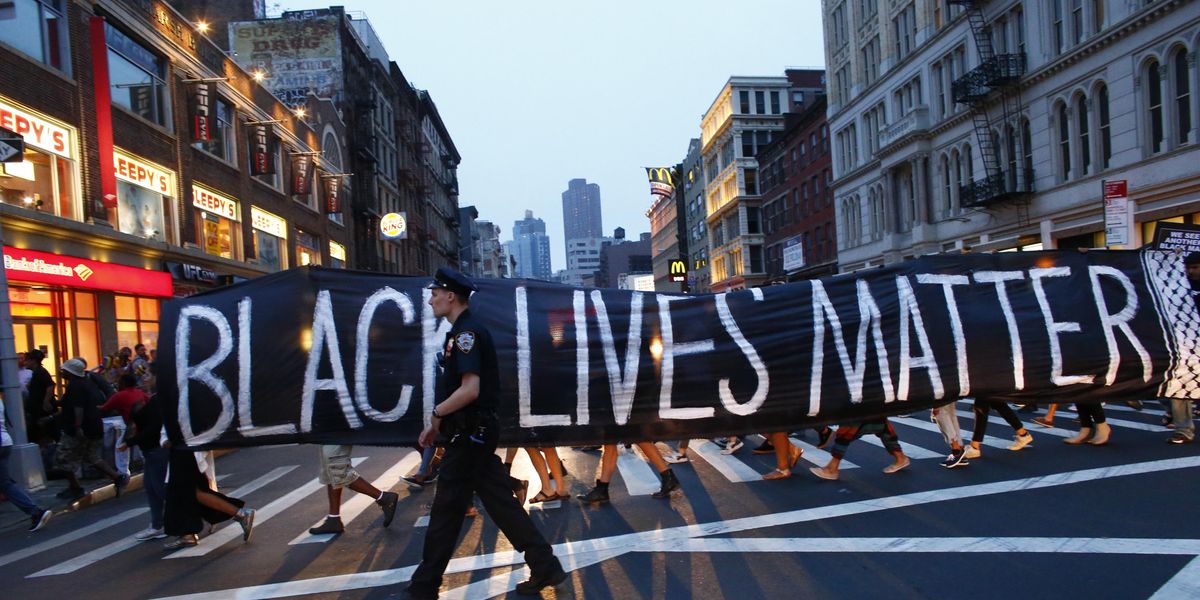 A Black teenage girl was fatally shot by Columbus police on Tuesday afternoon.

Though Ma'Khia was not officially identified by authorities, her aunt Hazel Bryant told The Columbus Dispatch she was shot four times by an unnamed white officer.

"She was a good kid. She was loving," Hazel said. "She was 15 years old. She didn't deserve to die like a dog in the street."

Hazel went on to say that Ma'Khia had initially called 911 for help about being allegedly abused at her foster home, including an attempted stabbing, per a report from CBS. However, police apparently shot Ma'Khia after arriving on the scene and seeing a knife she had dropped on the ground.

The Daily Beast also reported that a woman named Tay Jones posted a video to Facebook, which she claimed was from the incident. She also said Ma'Khia had the knife to defend herself after "somebody tried to jump her," before alleging that Ma'Khia was never warned to put down the knife.

Following Ma'Khia's death, a group of protesters congregated near the crime scene with signs and a loudspeaker, with one demonstrator reportedly referencing the Chauvin verdict in their speech.

"We don't get to celebrate nothing," K.C. Taynor said, per The Columbus Dispatch. "...In the end, you know what, you can't be Black."

The shooting was apparently reported to the Ohio Bureau of Criminal Investigation to look into the use of deadly force. Read The Columbus Dispatch's full report, here.