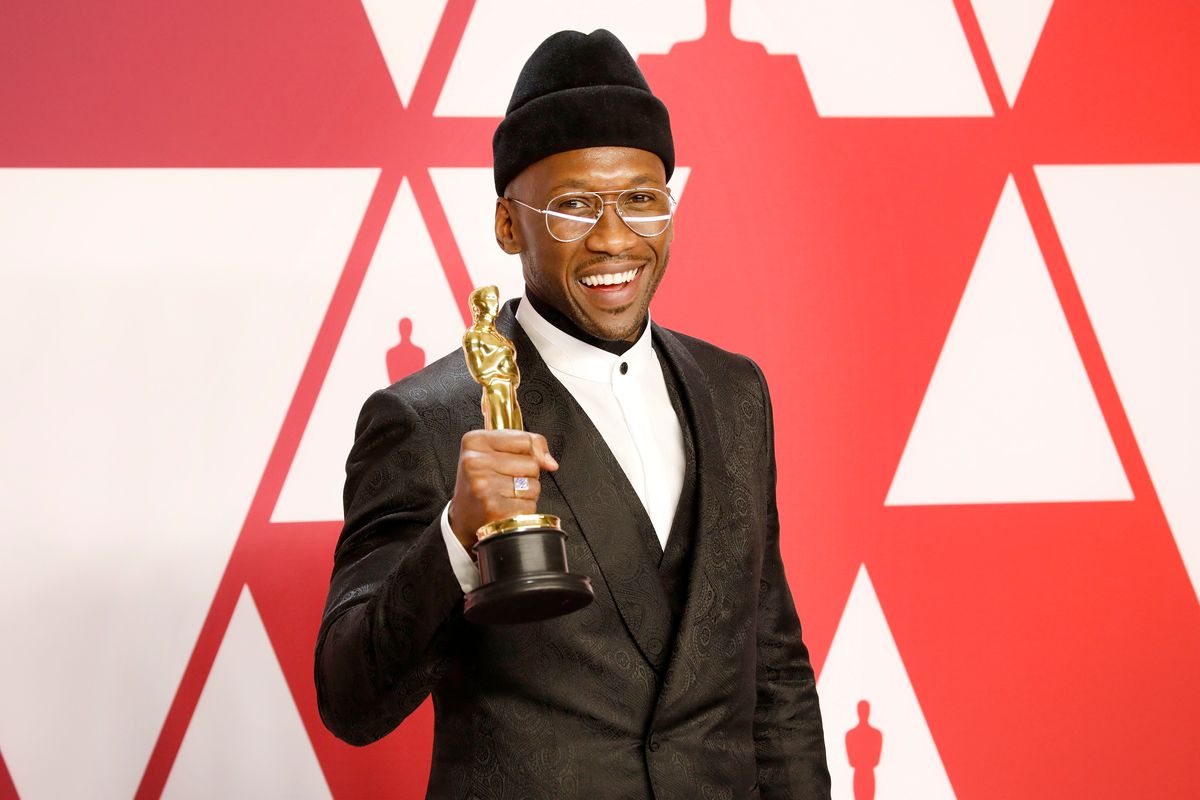 Mahershala Ali was cool incarnate on the red carpet last night. At first, it seemed that he had topped his vintage suit and mandarin collared shirt with the trademark headwear of hypebeasts — a knit cap that sits directly on the top of the head, clinging onto the top of the scalp dear life, miles away from providing any warmth to the ears. However, while Ali has been known to wear the tiny hipster caps, his headwear was apparently a subtle nod to his identity as a Muslim American.

Twitter quickly noticed the menswear icon's hat was more than a beanie, debating whether its style was most similar to a fez, a "kufi" Muslim prayer cap, or a "jinnah" cap (also called a "karakul" or "qaraqul") which are often made of fur. Malcolm X sometimes wore jinnah or karakul resemblant hats later in his career.

Ali's stylist Van Van Alonso explained to the Hollywood Reporter that Ali's mysterious red carpet hat is actually custom piece by NYC designer Gigi Burris. Made of rabbit fiber velour felt, it was inspired by both the fez and the jinnah.

"It's a play on a Jinnah cap. He had been sending me a lot of photos of hats, some African looks, some fez hats and we decided to something that was rounder on the top. It was one of those final ideas and we said let's do it," said Alonso. "We did a lot of research and found Gigi Burris. They were really excited to work with us and it was a fun collaboration."

Hatmaker Gigi Burris, who's reportedly been making the caps for several seasons, told GQ: "The hat is called The Sharina... a relaxed beanie style, more than a jinnah or karakul," she said, explaining that the latter are typically made of fur. "We thought it was a cool way to have a cuff, like a beanie."

Ali, an observant Muslim who converted in 2000, has been vocal about both his pride in, and the challenges of being Muslim in America. In 2017, he became the first Muslim actor to ever win an acting Oscar with his career-defining role in Moonlight. Last night, he became the first Muslim actor to win two, after he was awarded Best Supporting Actor for his role in Green Book — making Muslim Americans feel seen with both with his rebellious red carpet flare and his extraordinary achievements.