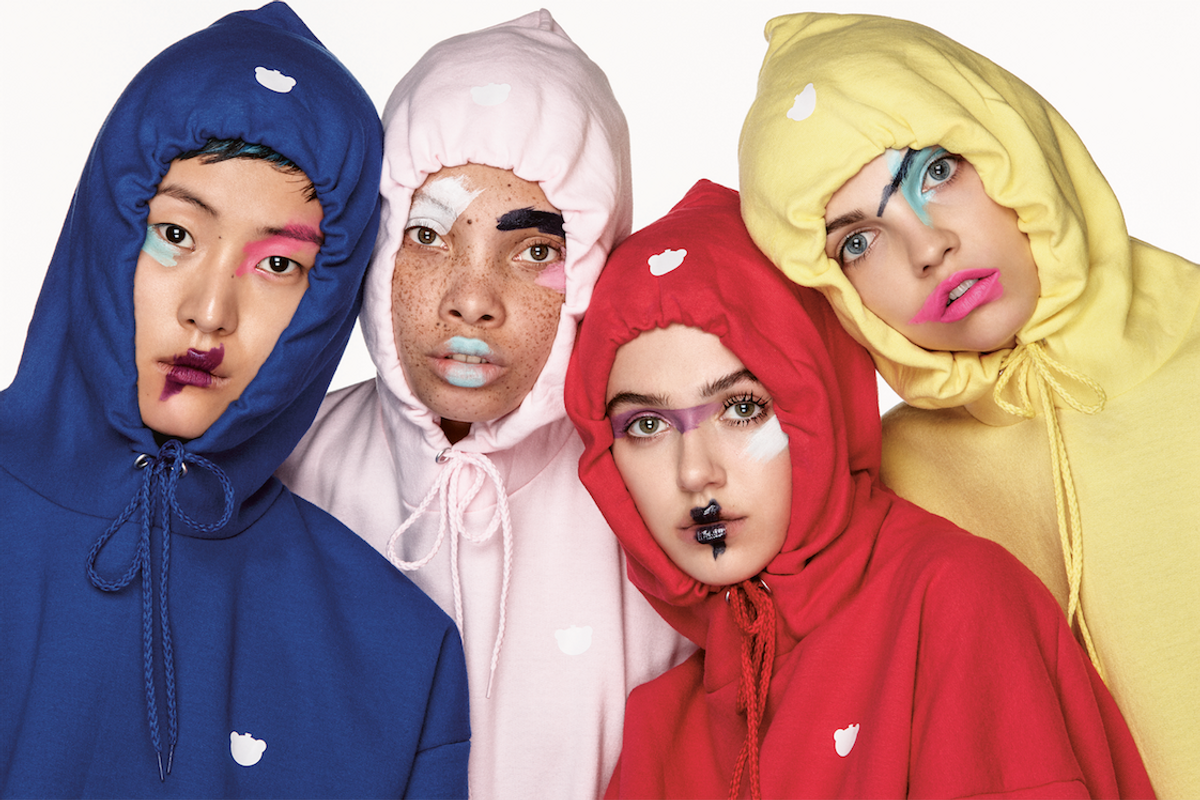 "It's a dream come true," says Nicola Formichetti, referencing the newly launched collaboration between his brand Nicopanda and MAC. The fashion multihyphenate has worked closely with MAC for years, from Lady Gaga's Viva Glam campaign to rapper Brooke Candy's own makeup line, but this is Formichetti's first solo statement — and it's shamelessly cute, colorful and Kawaii.

The collection underlines Nicopanda's mission to champion inclusivity, creating makeup for the new generation that disregards the confines of gender identity. "This line is for everyone," Formichetti says. "We love to be playful and celebrate diversity of all kind. We champion creativity and love to have fun."

Panda heads appear across all the packaging (Formichetti's signature), and color palettes flaunt names like Stay Cute and Preppy Panda. There are also six lipstick shades, including a seafoam green shade called Galactic Mint. These colors and titles all speak to Formichetti's carefree mindset. "Nicopanda is always about trying new things, and sharing and creating new ideas, so I wanted to tackle the beauty world with my brand," he says.

The campaign was shot by Oliviero Toscani, the photographer famous for creating controversial ad campaigns for Italian brand Benetton between 1982 and 2000. It also features an original electro-pop track, called "Play on Me," by rising Japanese singer Rina Sawayama, who recently released her debut album RINA.

MAC Nicopanda launches April 5th online and in stores on April 11th. Check out the campaign, below.