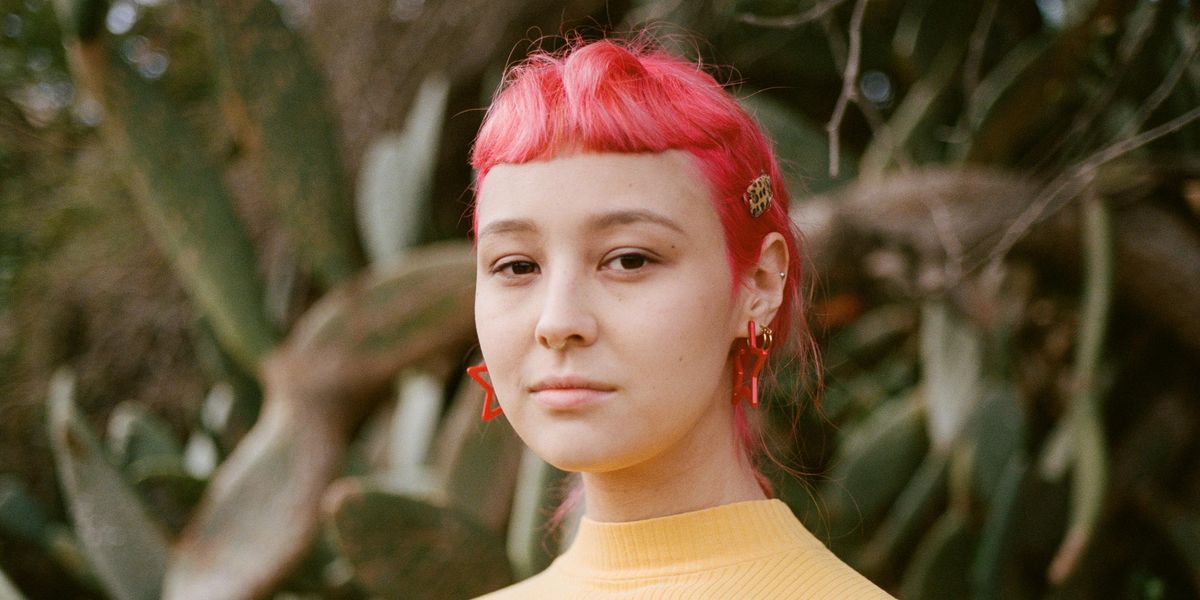 Every summer, Luna Li's family rents a cottage in Muskoka for a week — the same place her mom's been visiting since she was a baby. "I have so many amazing memories there," the Canadian musician says. "It's so special and close to my heart."

The year Li wrote her new single, "Cherry Pit," was when she discovered the cottage was going to be sold. "I remember trying to take it all in and appreciate this magic place that felt like a second home," she says, specifically recalling one hike that led up to a lookout point where her family ate cherries and spit them into the forest below.

Her track's lyrics were born from a series of haikus she asked her family members to write into a notebook on that trip. Directed at Li's past self, "Cherry Pit" encourages her to make the most out of life, since "forever isn't real, my love," as she sings on the warm, playful cut.

"I wrote this song with the intention of having a big arc throughout," Li says. "I really wanted it to be a journey of a song. Because of the longer length of the song, I was able to incorporate lots of different production elements, which feel really authentic to the sound I'm constantly growing and discovering. It has all my favorite things: The dreamy harp, the angelic background vocals, the crazy strings and the psychedelic guitar solo at the end."

The production process behind "Cherry Pit" was different for Li, who says she typically makes a demo with most of the arrangement set in place before going into the studio. This time, Li had only the lyrics and chords prepared, before involving drummer and producer Braden Sauder at his studio, Marquee Sound.

"We jammed out the song on guitar and drums, and created the full arrangement together from there," Li says. Sauder took on drums and bass, while Li played the guitar, harp, violin keys and, of course, vocals. "There are some really fun production stories from this one, like how we used an auditory illusion, called the Shepard tone, to create the effect of the rising strings in the buildup at the end of the song."

"Cherry Pit" then became one of Li's first steps into combining her classical background with a more modern sound. "It's the type of music I always dreamed of making, but never fully got there until now," she says, underscoring a dynamic instrumental performance that sounds nostalgic without losing any of its freshness.

The song's accompanying music video, which is hosted by 88rising and premieres today on PAPER, expands upon Li's intentions alongside director — and longtime friend — Yanran Zhu. In it, she runs throughout California — on beaches, inside amusement parks, through Japanese gardens — on a dreamy journey of unknown adventure.

"It's important to me that the visuals for this project come from the female gaze and [Yanran] understands my vision really well," Li says. "We had a really memorable experience flying to California together last February and running around the beautiful landscapes finding places to shoot."

Calling back to the root of "Cherry Pit" in Muskoka, it was important to Li that its video had a clear connection to nature, while also capturing a "nostalgic, playful and wholesome spirit," she says. "I wanted outdoor nature to be the main setting. I'm a summer fairy at heart and I think that comes through."

Watch the PAPER premiere of "Cherry Pit" and stream Luna Li's single, below.