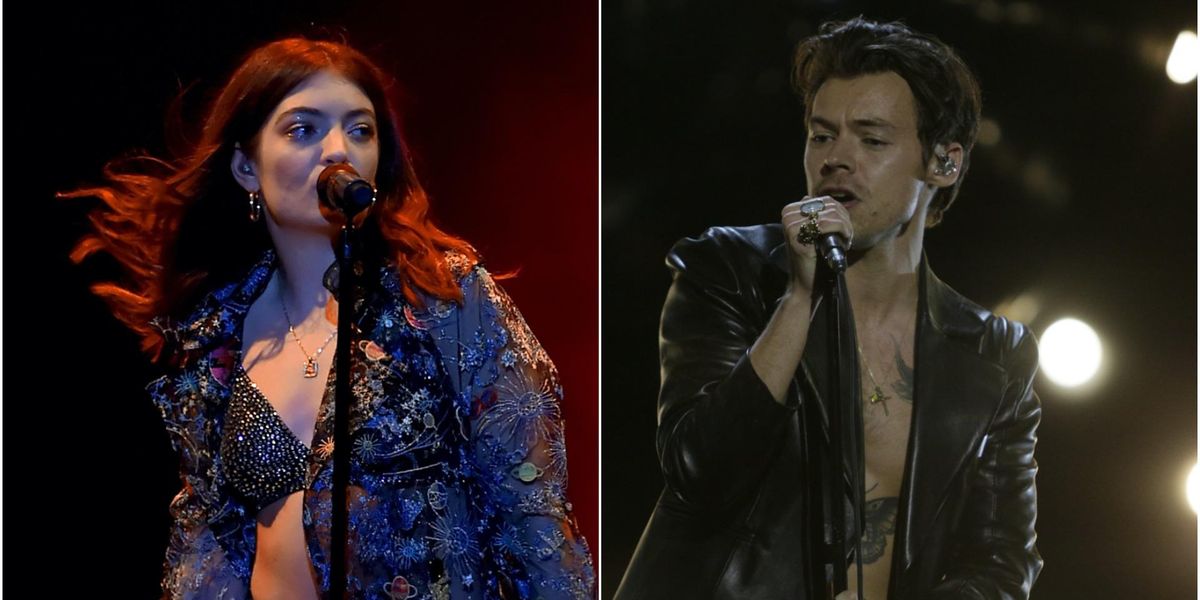 What would a Lorde feat. Harry Styles song sound like? Heaven, obviously. Harmonizing New Zealand and British accents, Gucci looks in the music video, Jack Antonoff strumming away in the background… that's a Grammy right there.

We're fantasizing about what could be because Ella herself has opened up to the possibility of collaborating with the former One Direction member and current Olivia Wilde boyfriend. In Vogue's latest 73 Questions installment, she was asked by that annoying camera guy which artist she's currently "dying" to get in the studio with. Mr Styles was the instant, supposedly off-the-cuff answer. Although admittedly she only "kind of" wants to make it happen.

Related | Lorde Is 'Stoned at the Nail Salon'

This seems like a no-brainer, and the stans demand it. With the exception of any rogue swifties who are still holding grudges from 2012. (Taylor also gets a mention in the video, when Lorde is asked which celeb first encounter made her the most star struck.)

Elsewhere in the video, filmed in the Bronx, Lorde delves into the different vibes that have inspired her three albums, wishes that she wrote Paul Simon's "Graceland" and iconically forces the question guy to show viewers the production crew behind him.

Watch the whole thing, below. And stream "Stoned at the Nail Salon"!