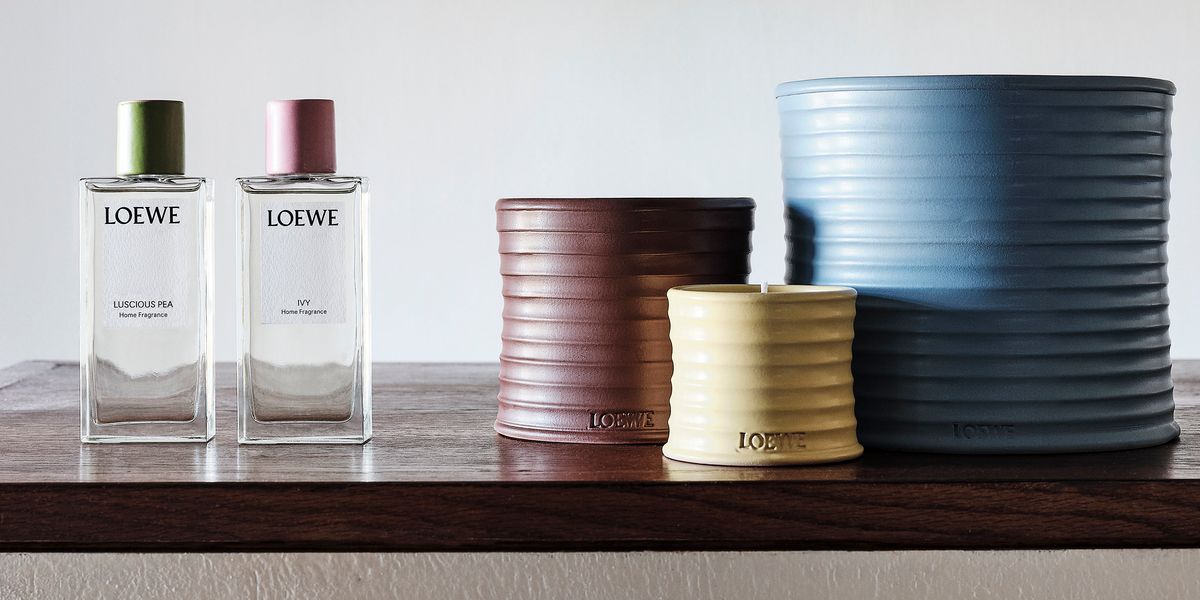 Put Loewe Candles in Every Room of Your Home

It's been a year of non-stop firsts for Loewe. After releasing a fragrance for its Paula's Ibiza line, curating an exhibit with the late drag legend Divine and launching an innovative "show in a box" for Spring 2021 menswear, you'd likely assume Jonathan Anderson would save his next act for — well, next year.

But it seems the visionary designer is only started, as he's just debuted his first-ever home fragrance collection for the Spanish fashion house.

Composed of eleven botanical scents, the collection encompasses natural wax candle holders and three candle sizes, home fragrances, rattan reed diffusers and soap. This project is no spur-of-the-moment idea, having been in the works since Anderson first joined the leather goods-oriented house in 2013.

"When I joined Loewe I already had in mind to create candles and add an olfactory dimension," said the brand's creative director in a release.

"The selection of scents follows a very personal trail," he added. "These are olfactory sketches that remind me of my childhood, of different journeys I have taken. Part Victorian botanical garden, part apothecary, the mix is both scientific and sentimental."

The Spanish packaging depicts each scent's plant on corresponding backgrounds, ranging from luscious green to robust red. Candles are held in terracotta pots inspired by Anderson's own 5th century BC Greek mug, while logo-embossed taller models rest on monochromatic holders. In true Loewe fashion, no detail was left spared.