Shots of Lizzo flashing a black thong through an assless dress during Sunday night's Lakers game had Twitter clutching its pearls yesterday. Almost immediately, Lizzbians and fat-positive voices across the internet rushed to her defense, making points like A) can Lizzo live? and B) minimally clothed fat bodies are much likelier to be deemed obscene than thin ones.

Lizzo followed up the debate this afternoon with a defense of her outfit.

"Who I am, and the essence of me and the things I choose to do as a grown ass woman, can inspire you to do the same," the "Truth Hurts" singer posted in a now-deleted Insta story, according to Page Six. "You don't have to be like me. You need to be like you. And never ever let somebody stop you or shame you from being yourself. This is who I've always been. Now everyone's lookin' at it, and your criticism can just remain your criticism. Your criticism has no effect on me. Negative criticism has no stake in my life."

She continued, in typical form, "I'm the happiest I've ever been... I'm surrounded by love, and I just wanna spread that love. And also spread these cheeks. And if you really, really don't like my ass, you can kiss it."

Lizzo's post also seemed to reference double standards for fat women in the public eye, explaining that Rihanna's see-through gown from the 2014 CFDAs — through which her ass was arguably more visible than Lizzo's in her Lakers 'fit — was her inspiration. 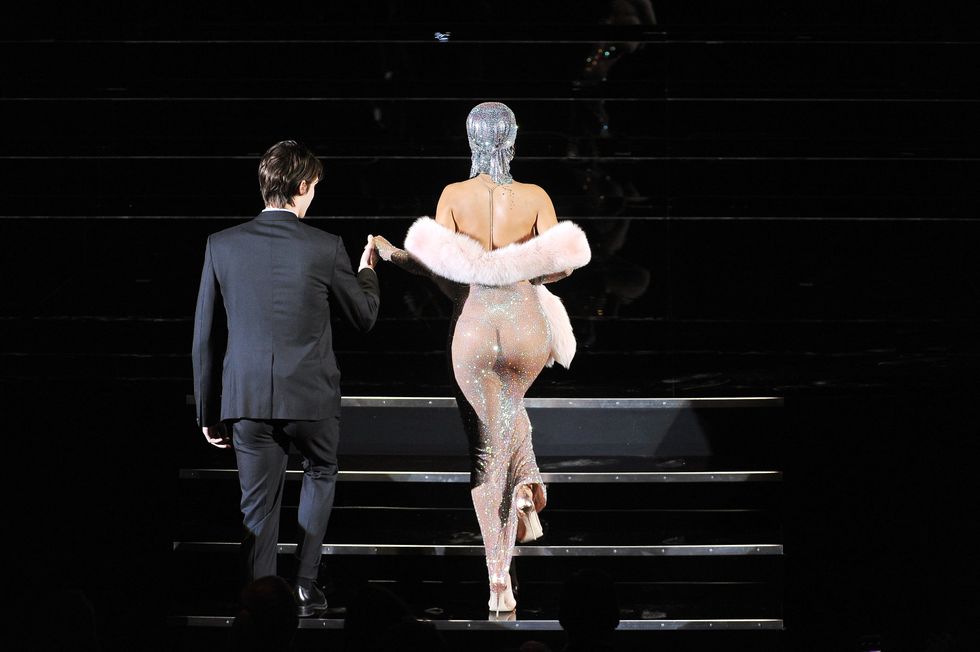 No one was calling Rihanna out for dressing inappropriately, and based on my cursory understanding, a sports game is actually a more logical place for nudity than a black tie industry night. To those arguing that a basketball game is a "family event"... your precious sons have definitely seen more inappropriate things on TV.

To be clear, everyone has already seen Lizzo's ass. Her thirst traps are a key part of the brand that her fans find endearing and refreshing, and even liberating.