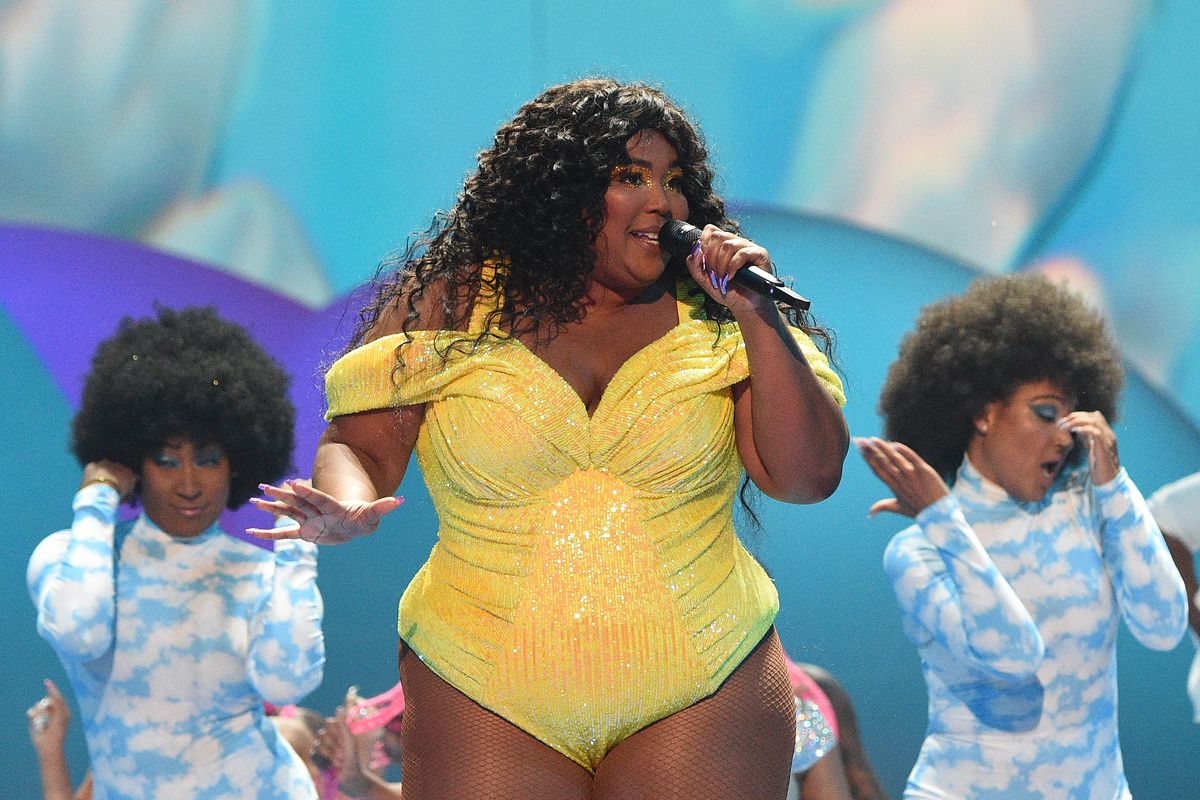 Lizzo scored her first ever No. 1 with "Truth Hurts" the radiant self-worth anthem that she released in 2017, back before she became a pop legend, with an endless string of magazine covers and award show performances. The track blasted back into the public consciousness by way of TikTok, Twitter and Netflix rom-com Someone Great's soundtrack

Justin Raisen alleges that he and his brother (who are known for their work with alt-pop artists like Sky Ferreira, Kim Gordon, Santigold, Charli XCX, Ariel Pink, Miya Folick and more) deserve writing credits and royalties from the song. On Instagram, he shared a side-by-side clip of "Truth Hurts" with a song he and Jeremiah wrote with Lizzo back in 2017 (before "Truth Hurts" was released) called "Healthy." Its lyrics and melody are identical.

He also pointed out a fact that's already surfaced on the internet: the song's signature lyric: "I just took a DNA test/ Turns out I'm 100% that bitch" is identical to a viral Tweet from singer Mina Lioness. He confirmed that in the "Healthy" writing session, he, his brother and Lizzo explicitly drew on the tweet.

According to Raisen, they'd been reaching out to Reed and Lizzo consistently since "Truth Hurts" came out two years ago, asking for credits and 5% royalties. He says they were denied each time.

"Coming forward publicly to family, friends, artists, and colleagues seems to be the only way at this point in relieving some of our emotional distress caused by this," he wrote, explaining why he's been hesitant to make the crediting dispute public.

"The last thing we want to do is throw any negativity toward Lizzo's momentum and movement as a cultural figure. If we believe in what she's preaching, believing in ourselves & our own voices is something we thought she'd understand."

Justin Raisen on Instagram: “The Truth about “Truth Hurts” On April 11th, 2017, we wrote a song called “Healthy” w/ Lizzo, Jesse St John, and Yves Rothman at our…”

Reed has declined to comment, while Cynthia S. Arato, a lawyer for Lizzo decisively denied the claim in a statement issued to the New York Times.

"The Raisens are not writers of 'Truth Hurts,'" Arato said. "They did not collaborate with Lizzo or anyone else to create this song, and they did not help write any of the material that they now seek to profit from, which is why they expressly renounced any claim to the work, in writing, months ago."

Lioness has previously disputed her lack of credit on the song. She wrote on Twitter earlier this summer, "What I cannot get over is how brazen Lizzo and her team have been in ignoring my whole presence. They're doing it because they know I have no capital to address her..."

In another Tweet she wrote, "If I was a rich white woman, I would have been had my Credit."

If she thought I had the autonomy to truly challenge her and assert my rights.. She would have been given me my wri… https://t.co/NcL0Nn8EK6
— Endorphina (@Endorphina)1566998381.0