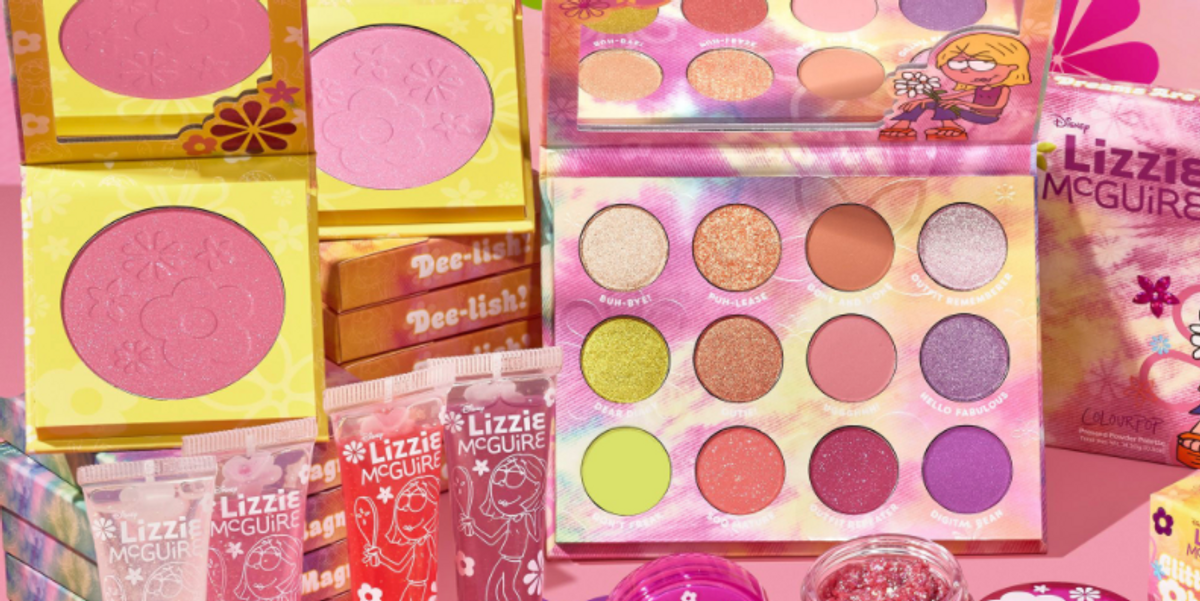 The Lizzie McGuire reboot may be no more, but we're apparently still getting a new makeup collab inspired by the iconic early-aughts show.

On Monday, ColourPop Cosmetics revealed in a tweet that fans of the Disney Channel classic would be able to cop their new Lizzie McGuire collection this coming Friday.

A collab they called "simply fearless and certified cute," the offering include a lip scrub, four glosses, two powder blushes, a 12-pan eye shadow palette, and of course, a couple of body glitter gels.

⭐️ The Disney Lizzie McGuire Collection Launching 3/26 at 10 am pst on https://t.co/5C9dbszKrN!

On the heels of the announcement though, some expressed their disappointment when they realized "Lizzie McGuire" was trending "for something that doesn't involve a new show or movie." Even so, it appears as if most long-time fans were were thrilled by the announcement, with several writing that they were "obsessed" with nostalgic collection, which made them feel "immediately 8 years old again."

Check out what people are saying about ColourPop's announcement, below.

The lipgloss..... i am immediately 8 years old again https://t.co/AlQy1WcHzw

Lizzie McGuire trending.
Me realizing it's for something that doesn't involve a new show or movie pic.twitter.com/RGwj21WkTg

Colourpop announcing a Lizzie McGuire makeup collection right after the stimulus checks hit all of our bank accounts pic.twitter.com/m6Sej780LU

me: guess i’ll try and go to slee-

Lizzie Mcguire is trending bc a makeup brand is releasing a line of products inspired by/in collaboration with the show.

Disney+ really fucked up by canceling the reboot. Fumbled the bag entirely.