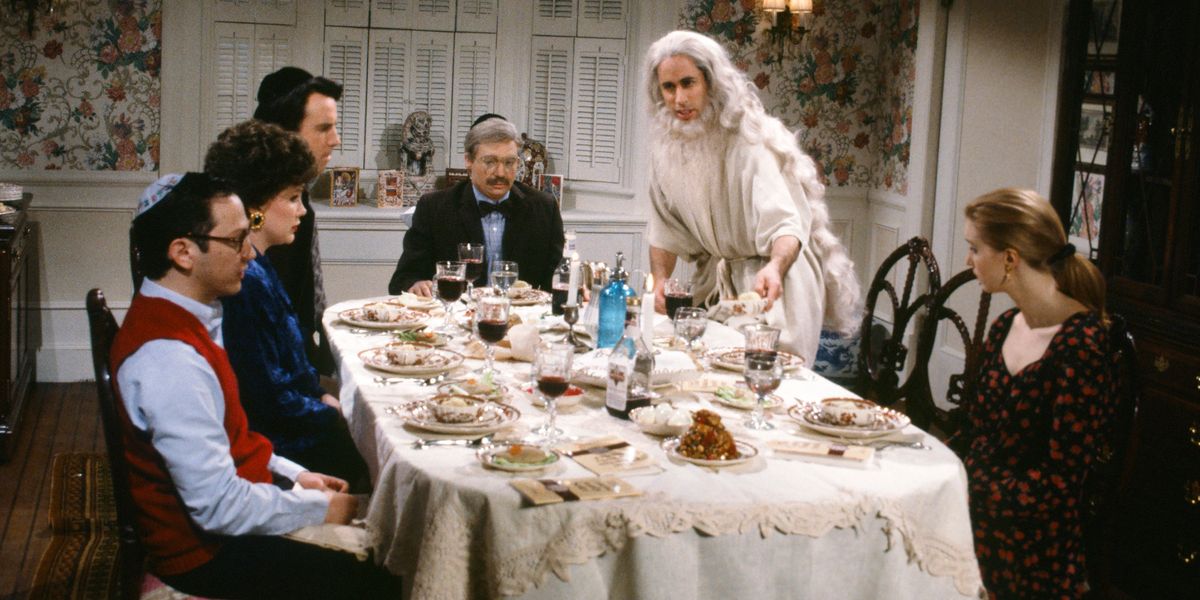 Livestream This: A Seder With All Your Fave Jewish Celebs

Who? You, your laptop, and all of Jewish Hollywood. An illustrious list of Jewish celebrities (and a few of their goy friends) are raising money for the CDC Emergency Response fund by hosting a Passover seder-themed variety show, called "Saturday Night Seder." For the goys: Pesach is the holiday commemorating the Jews' liberation and exodus from slavery in Egypt. It began on Wednesday and continues for seven nights, although seders (the big dinner with the plagues and stuff) are typically held on the first night.

The ceremony will be hosted by Jason Alexander and the program will include: "a special version of the Four Questions from Idina Menzel and Finn Wolfhard" and "a rousing rendition of 'Go Down Moses'" by Billy Porter.

When? "Saturday Night Seder" will stream this Saturday, April 11 starting at 8PM ET on www.saturdaynightseder.com as well as on Buzzfeed's Tasty channel on YouTube. The event is free, but viewers will be encouraged to donate throughout the stream.

Why watch? Why not spend your entire Saturday making matzo ball soup and flourless chocolate cake (sorry mom, Allison Roman's passover menu is worth checking out) and settle down to enjoy some family-friendly Jewish humor? Maybe Idinza Menzel will give a reenactment of the Uncut Gems seder. Maybe Fran Drescher will teach Tan France and Billy Porter what an afikomen is. You gotta laugh to keep from crying, right?