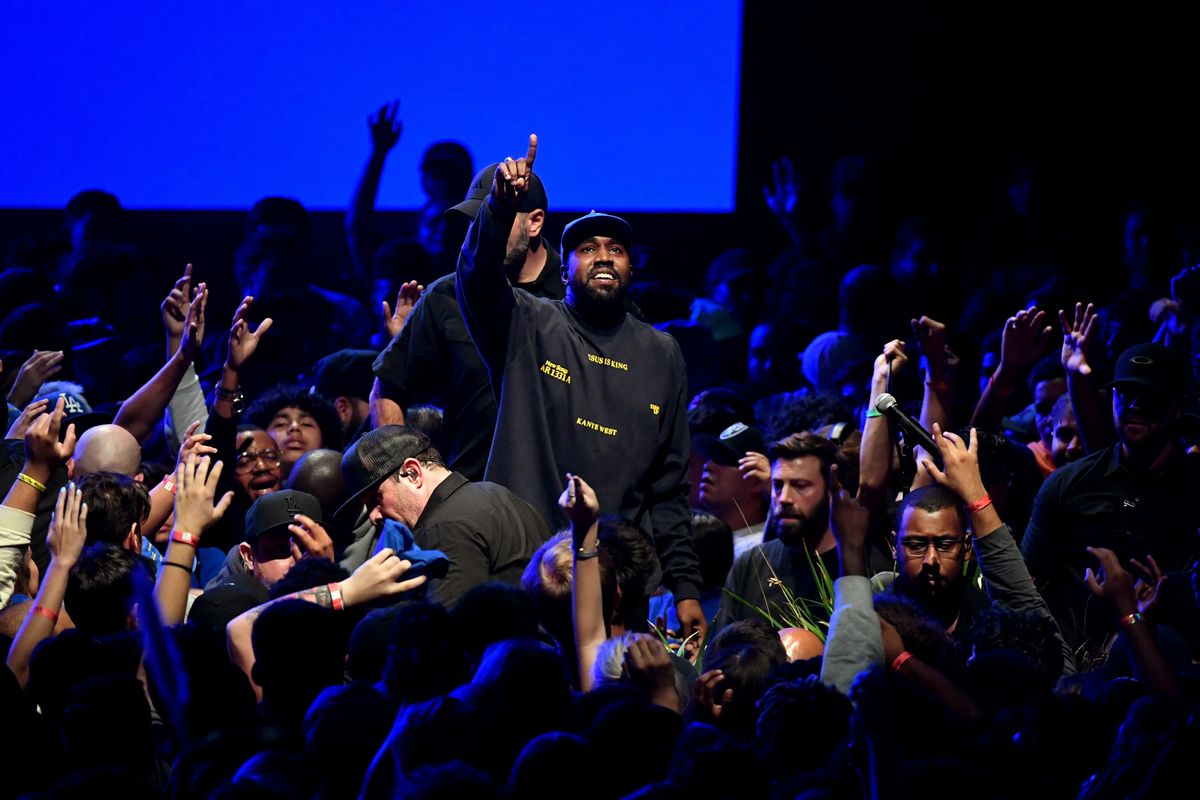 Kanye West's collaborators are finally free to have premarital sex, because his long-awaited and much-delayed gospel album Jesus Is King just dropped. Rejoice!

Jesus Is King was meant to be released last night (it missed numerous deadlines before that), but West announced last minute that two songs weren't properly mixed yet. He promised to stay up all night until the record was ready and, lo and behold, it's now available on all streaming services. An accompanying documentary is screening in IMAX cinemas.

On first listen there's an obvious religious theme, in keeping with West's pivot to Christian hip hop that has coincided with a series of "Sunday Services" taking place across the country. Earlier this week Kanye told Zane Lowe about plans to drop a second gospel album in time for Christmas, titled Jesus Is Born.

Features include Kenny G (!), Ty Dolla Sign, and Nicki Minaj, among others. Listen to Kanye West's Jesus Is King, below.