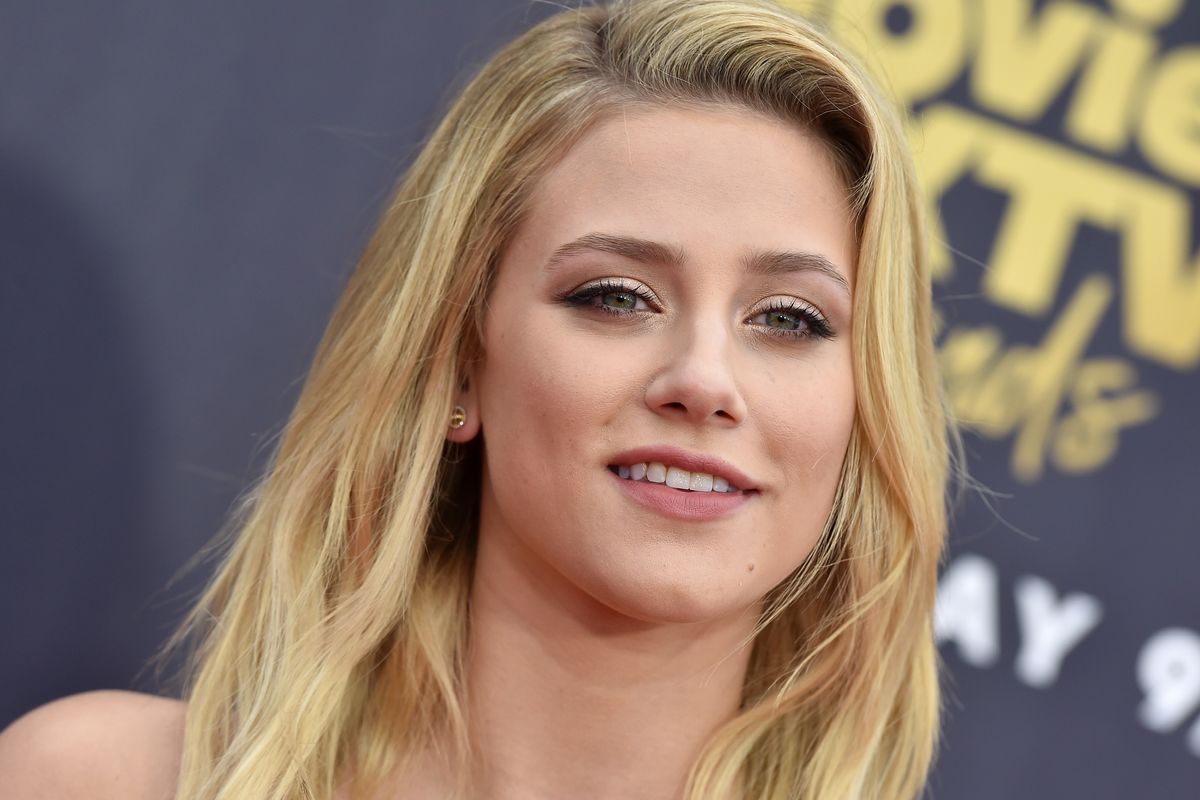 Lili Reinhart has opened up about her ongoing struggles with body dysmorphia in response to criticism arguing that Riverdale could be contributing to body image issues for fans of the show.

According to People, it all started yesterday after Reinhart responded to a since-deleted tweet positing that Riverdale could be "contributing to unrealistic body expectations" for younger fans, as it features a "chiseled" cast of "25+ year old[s] portraying teenagers."

Explaining that she initially felt "intimidated" by her co-stars after gaining weight, Reinhart shared that "even I feel intimidated by the physique of my surrounding cast mates sometimes when I have to do bra/underwear scenes."

While Reinhart also acknowledged that TV has perpetuated an impossible set of unrealistic body standards for women, she went on to contend that "not everyone on this show is perfectly chiseled."

"I'm not the kind of person you would see walking on a runway during fashion week," she wrote, before revealing that a recent bout of depression had caused her to gain weight. "I have bigger boobs, I have cellulite on my thighs/butt, and my stomach sticks out rather than curves in."

And though Reinhart admitted to feeling "very insecure about" her weight, she felt that it was her "obligation" to still do these kinds of revealing scenes, as she wants "other young women to see my body on tv and feel comfort in the fact that I'm not a size 0."

look like. But I have come to terms with my body and that I’m not the kind of person you would see walking on a runway during fashion week. I have bigger boobs, I have cellulite on my thighs/butt, and my stomach sticks out rather than curves in.

Obligation to be strong and show confidence in myself, looking as I do. And I want other young women to see my body on tv and feel comfort in the fact that I’m not a size 0. And I’m not a perfect hourglass shape.

Following her initial Twitter thread though, Reinhart appeared to receive some pushback from skeptical fans, who accused her of "jump[ing] on the body positivity bandwagon" and pointed out that "her body type is completely societally accepted" as a thin, white woman.

For her part, the Riverdale star screenshoted the comments and post them to her Instagram stories, writing, "How is it that I forward about my insecurities and people have the audacity to tell me that my feelings aren't valid."

"People like this, the one who leave these ignorant comments, are the reason why people don't speak out and end up struggling along. Shame on you," Reinhart continued, before writing in a follow-up post, " "Imagine telling someone that their feelings are irrelevant and they should be quiet based on what you deem to be acceptable or not."

Lili Reinhart responds to now-deleted tweet calling out #Riverdale cast for being “25+ year olds portraying teenager with perfectly chiseled bodies” and asking "dont you think shows like this aimed at teenagers are contributing to unrealistic body expectations/body image issues?” pic.twitter.com/ZPvuaEdqYy