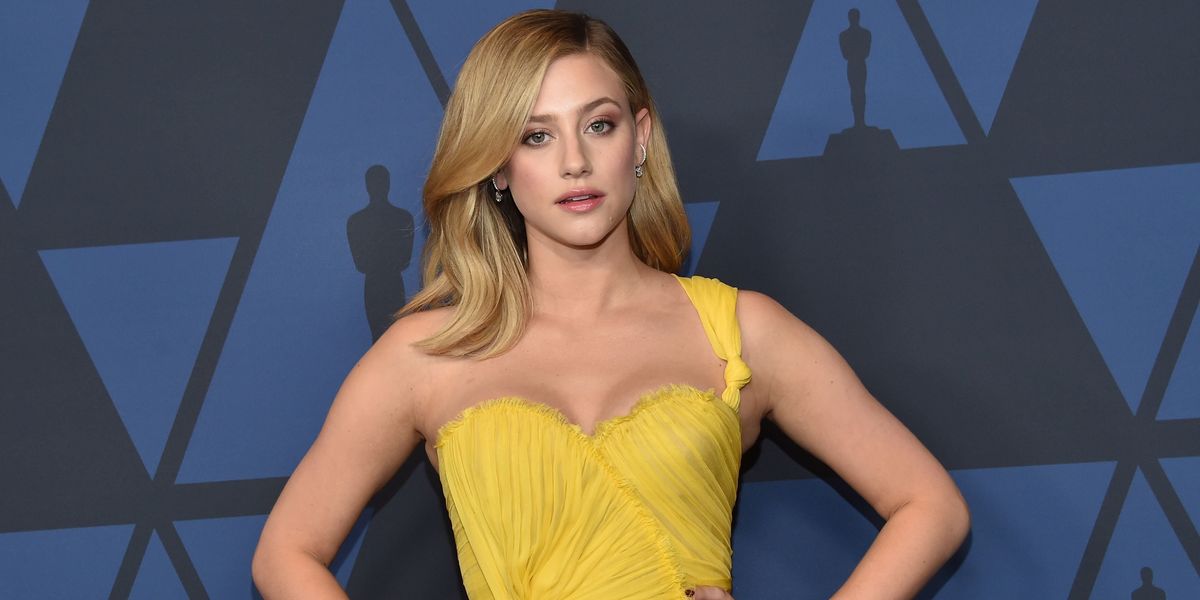 America met Lili Reinhart as Betty Cooper, one of the most archetypal good girls in popular culture. Her turn on Riverdale has made her into a star, and helped revamp the Archie Comics franchise for Gen Z. Who knew comic book teens could be so freaky and fun? Who knew Betty would end up dating Jughead instead of Archie?

Since breaking through as Betty, we've seen Reinhart shake off her good girl image pretty literally in Hustlers, where she plays a scamming stripper alongside Jennifer Lopez, Constance Wu, and Keke Palmer. This year she also scored a poetry book deal, after sharing confessional verse with millions of fans over Instagram. The 23-year-old is keeping busy, but like her Twitter bio says, she's trying to take as many naps as she can.

PAPER caught up with Reinhart, an Amex ambassador, at the relaunch of the new American Express Green Card in New York City last week.

You've had a huge 2019. What's your favorite thing you did this year?

I did a lot! I think the film projects that I worked on were my favorite part. Hustlers and Chemical Hearts was another one that I did. It hasn't come out yet, that was for Amazon. I executive produced that as well, which was a really cool experience. My first time doing it.

It was cool to be on that side of things, like help with casting, help with re-drafting the script, and making sure the director and I have the same vision for the film. Yeah, just sort of like building the project together. It was really cool, and that's definitely what I want to continue doing from here on out.

When you met J. Lo for the first time, what was going through your head?

I don't get starstruck very easily. So, I just tried to look at her as just my really experienced co-star. But then you know, sometimes we'd be filming, and all of a sudden I'd be thinking to myself, "She was a judge on American Idol that I watched when I was watching American Idol. Oh, she sang fucking 'Jenny From The Block,' oh she did that movie with Richard Gere, Shall We Dance? I grew up seeing and watching you." Sometimes that would creep into my head, like "Oh my god, this person has been around me for so long."

Related | If You Didn't Know Keke Palmer, You Do Now

Right, but you'd just try to be like, "This is my co-worker."

Yeah, she's my co-worker, and I try not to have preconceived notions or ideas about someone, because I wouldn't want someone to have that about me.

When the real-life story behind Hustlers took place while you were in high school, probably?

Uhh, 2011. Yeah! I'm not gonna sit here and do the math. I think I was maybe in middle school? That encouraged me with my hairstyle that I wear mostly in the movie, the little pouf.

I was like, "Oh my god, I need to do that pouf because I did that when I was 13." And it was terrible when I did it, like it looked awful on me. I didn't know how to do it, it was like flat to my head. It looked — oh my god, it's tragic to look back on. So it was like, I'm living my childhood out as an adult, playing this character in a time period where I was in middle school. It was funny.

Did you have a favorite fashion look from the movie?

I liked my blue lingerie when you first see me. And, although you don't see me wearing them, I had these fuzzy stripper shoes, they had bunnies on them. They were so cute.

Related | 'Hustlers' Was Banned in Malaysia

Hustlers is a very New York City movie. We've been asking all the stars lately: what is your bagel order?

Simple, I like plain bagels, I like my plain cream cheese, and I love bagels with orange juice. Tropicana orange juice.

You're writing a poetry book right now, Swimming Lessons. Do you have a favorite poet?

I really love Lang Leav. I realized that I wanted to do something that I had complete creative control over and this was a really good opportunity for me to do that. And luckily I'd been writing poems for the past five years. So if sort of — you know, when I collected all of them and put them in a document, I was like, "This is something that maybe people would enjoy reading." I'm kind of thinking of the book as a work of fiction, because I want the reader to be able to put themselves as the narrator. I want you to be able to interchange the sexes of his and her, and put your own story into the words.

Right, that's the cool thing about poetry and songwriting.

Yeah! Even though I'm talking about this thing, it doesn't mean I necessarily went through it, but I felt the emotions associated. Just like, creating a poem that conjures the feeling.