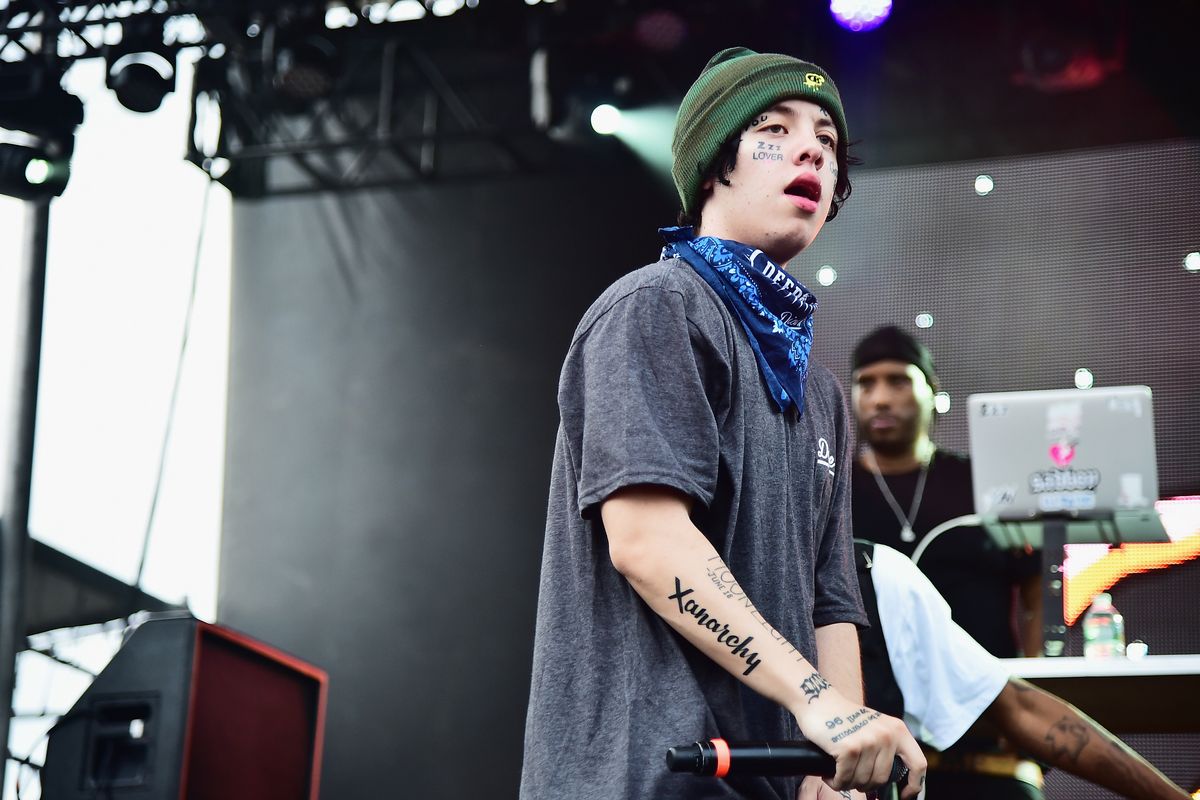 Lil Xan Eats Too Many Hot Cheetos, Ends Up In Hospital

After scaring fans with an Instagram post of himself sitting in the back of an ambulance, Lil Xan has revealed the reason behind his health scare: eating too many Flamin' Hot Cheetos. Relatable content.

Xan offered an explanation via Instagram Live, confirming my worst fear: that mindless snacking on highly addictive processed foods can have dire consequences.

"Yeah, I went to the hospital today," Xan said. "I just want to let everybody know that I was in the hospital, not due to any drugs, but I guess I ate too many hot Cheetos and it ripped something in my stomach open a little bit and I puked a little blood. So we good."

Are we good though? Is this actually a thing? Can someone OD on Hot Cheetos? Shouldn't we all be kind of worried about this?

According to Lil Xan, maybe so. "Be careful," he cautioned fans. "Hot Cheetos are one hell of a drug."

Although the ordeal feels a bit like a publicity stunt–– perhaps an attempt on Xan's part to give the media a rival story after ex-girlfriend Noah Cyrus recently made headlines for literally selling her tears––it turns out his claims about Hot Cheetos sending him to hospital are medically possible. In July, a Tennessee teen was also hospitalized after eating too many bags of Cheetos and Takis.

Stay safe out there, kids.