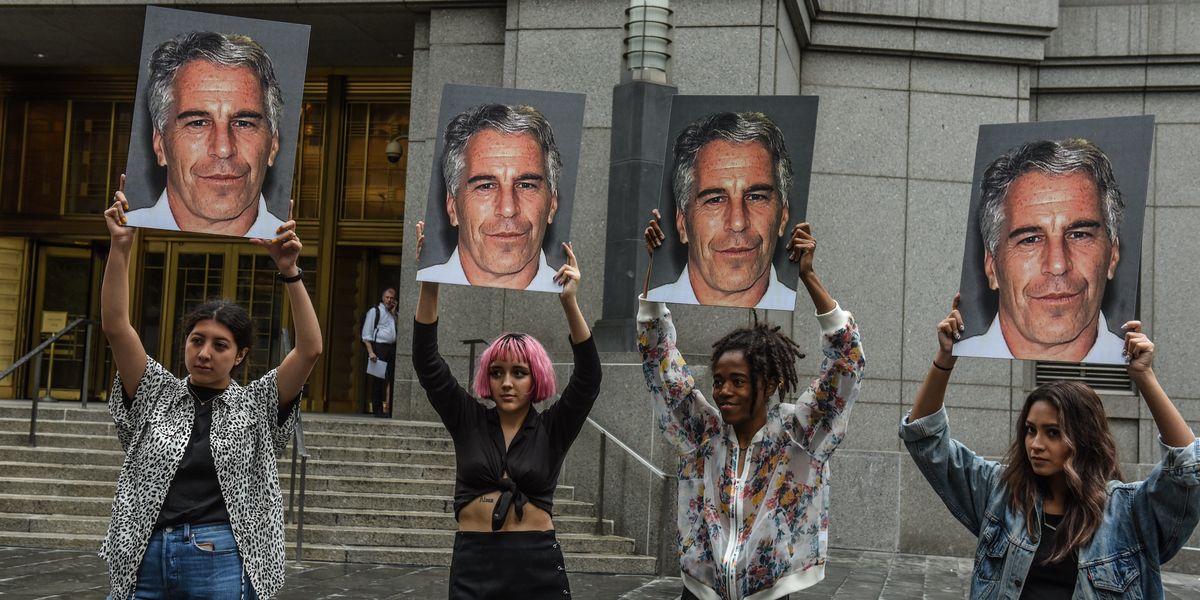 Lifetime, the cable network behind Surviving R. Kelly, is turning its attention and newfound acclaim in the investigative documentary space to the case of Jeffrey Epstein. The billionaire hedge fund manager and minor celebrity's alleged pedophilia and abuse will be the subject a new docu-series called Surviving Jeffrey Epstein, according to The Hollywood Reporter.

Similar to how Surviving R. Kelly spanned the life of the R&B singer, the new doc will look at how Epstein "used his money and connections to wealthy and powerful people to allegedly shield predatory behavior with girls, even after registering as a sex offender in 2008 for a conviction of procuring prostitution from a minor."

Related | #MuteRKelly Founder: 'We Have to Let Him Go'

Earlier this summer, Epstein was arrested and charged with sex trafficking and conspiracy to traffic minors for sex. Prosecutors found thousands of lewd photos of what appear to be underage girls in his home, and allege that he's brought over 40 underage girls to his home for the purpose of sex. The fresh evidence ignited scrutiny of a 2008 case against regarding him sexually abuse and exploitation young girls, including paying them for sexual favors in incidents that date back to 2002.

The network promises, according to A+E Networks president of programming Rob Sharenow, that Surviving Jeffrey Epstein will "bring to light predatory behavior that had been "hiding in plain sight."

Anne Sundberg and Ricki Stern (The Preppy Murder, Reversing Roe) will direct the doc, while Bungalow Media and Entertainment will develop it. New York Magazine and New York Times journalist Christopher Mason are both attached to the project as well.

The impact of Surviving R. Kelly, which created the cultural will motivating prosecutors renewed attempts to convict the alleged child molester, shows how critical investigative documentary work can be, given our flawed judicial system. That said, it's fairly disturbing that there are so many men who "need to be survived" in our society, that Surviving is shaping up to be one of Lifetime's most successful franchises.

The network is also currently at work on a follow up to Surviving R. Kelly called R. Kelly: The Aftermath, which will feature "interviews with new survivors, psychologists and experts on the case and dissect the developments in Kelly's case since Surviving R. Kelly first aired."