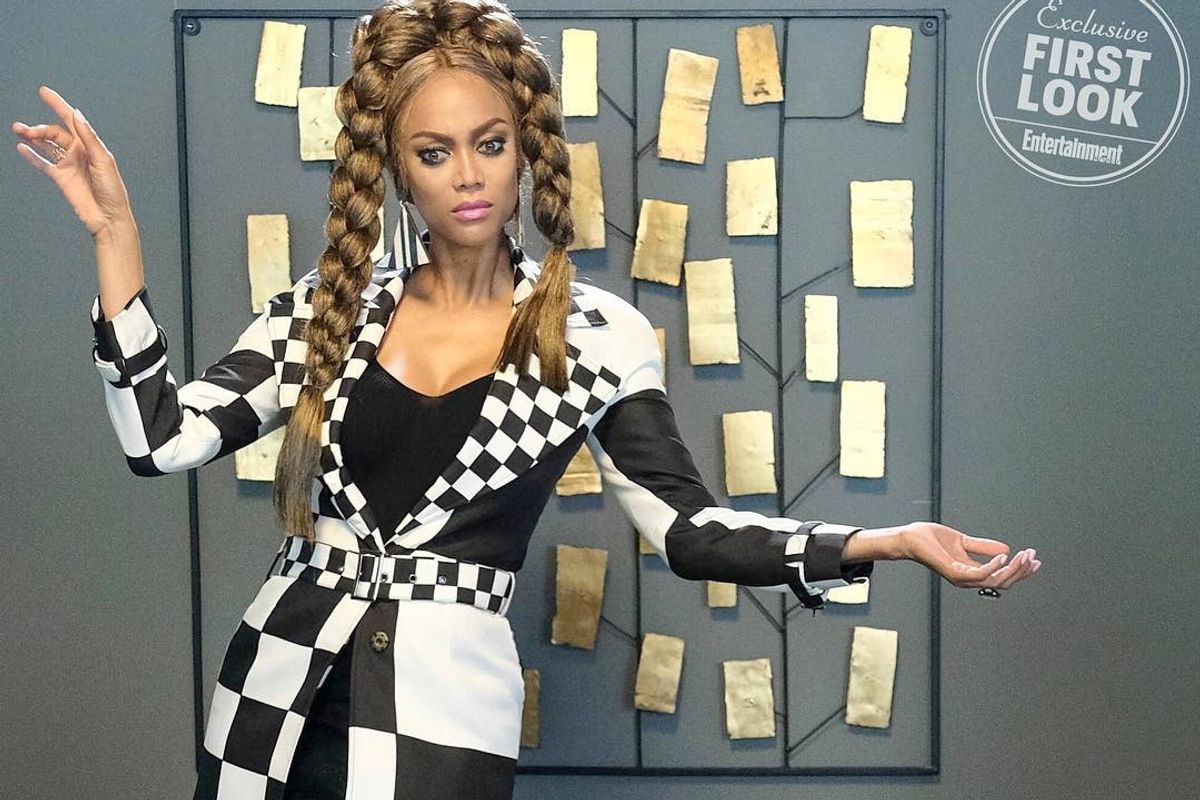 Tyra Banks is back, and reprising her role as Eve Doll for Life-Size 2. Entertainment Weekly released photos as an exclusive preview for the film, with Tyra posing in costume. The wardrobe for Eve has been, naturally, updated to suit 2018. And in a recent post on Instagram, young British designer Christian Cowan revealed that the black-and-white checked outfit worn by the model and actress was one of his designs.

Cowan took to Instagram to post the photo, with the caption, "So excited for this to come out, #LifeSize2 the movie! Here's the iconic @tyrabanks in @christiancowan Thank you Tyra for having me involved in this iconic movie!"

Aside from this fashion moment, Tyra also promises more iconic fashion statements in the Freeform movie. Whether more of them will be from Cowan is not clear, but the actress posted another photo of herself wearing a sequined powder pink outfit, holding an actual Eve doll.

And it's also clear from Entertainment Weekly's photos that the costume team is not holding back on the doll's looks, as you can see Eve sporting long satin gloves with a salmon pink dress, and wearing a bright multi-chrome, metallic green jacket with a large rainbow-colored fur collar.

Life-Size 2 is set to air as part of Freeform's "25 Days of Christmas" holiday special.