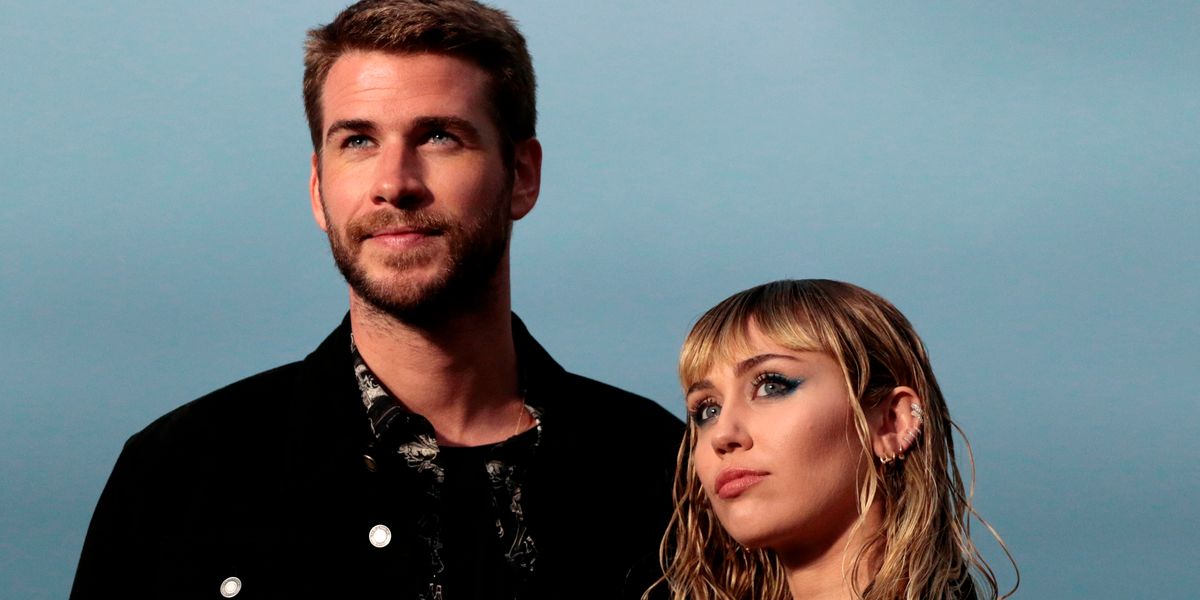 Three days after reps confirmed the split, I'm still sad about Miley Cyrus and Liam Hemsworth. As far as we knew, those two crazy kids were making it work — after almost a decade of break ups and make ups, they'd finally gotten married and settled down. They survived the Woolsey fire, along with their many adorable pets. Miley was always talking about how good the sex was. Her song "Malibu," about their shared life together, is one of the catchiest and cutest love songs ever. Why did it all have to end, and so suddenly?

There's no clarity on that point, but Hemsworth has issued a statement reiterating that he and Cyrus have gone their separate ways. On Instagram, the actor indicated they're still on good terms, despite those paparazzi photos of her making out with The Hills star Kaitlynn Carter on Lake Como.

"Hi all," Hemsworth captioned a picturesque sunset photo. "Just a quick note to say that Miley and I have recently separated and I wish her nothing but health and happiness going forward. This is a private matter and I have not made, nor will I be making, any comments to any journalists or media outlets. Any reported quotes attributed to me are false. Peace and Love."

Liam Hemsworth on Instagram: “Hi all Just a quick note to say that Miley and I have recently separated and I wish her nothing but health and happiness going forward.…”

Liam has been hanging out with his brother Chris in Byron Bay, Australia, hence the beach scenery. Sadly, this hasn't helped him evade hungry tabloid reporters — yesterday he hauntingly told one of them that "you don't understand what it's like."

Miley Cyrus on Instagram: “Life’s a climb... but the view is great.”

Cyrus has also been posting to socials, even sharing a photo of herself in the studio. Which hopefully means some of her trademark heartbreak bops are on the way. A silver lining! She's good at finding those.

If anyone were to speculate on why Miley and Liam called it quits, they might cite Cyrus's need for sexual freedom. Radar Online sources say that Hemsworth felt "disrespected" by a recent Elle cover story in which Miley talked frequently about being sexually attracted to women. "I definitely don't fit into a stereotypical wife role," she told the magazine. "I don't even like that word." She'd previously said as much in a Vanity Fair interview published in February.

Still. We shouldn't discount the possibility that this is just another page in the book of Cyrus and Hemsworth's long and eventful love story. They did get together because of Nicholas Sparks, after all. Make of this what you will: according to an Entertainment Tonight source, "Miley and Liam love each other and always will," and "most of their friends feel they'll be back together."