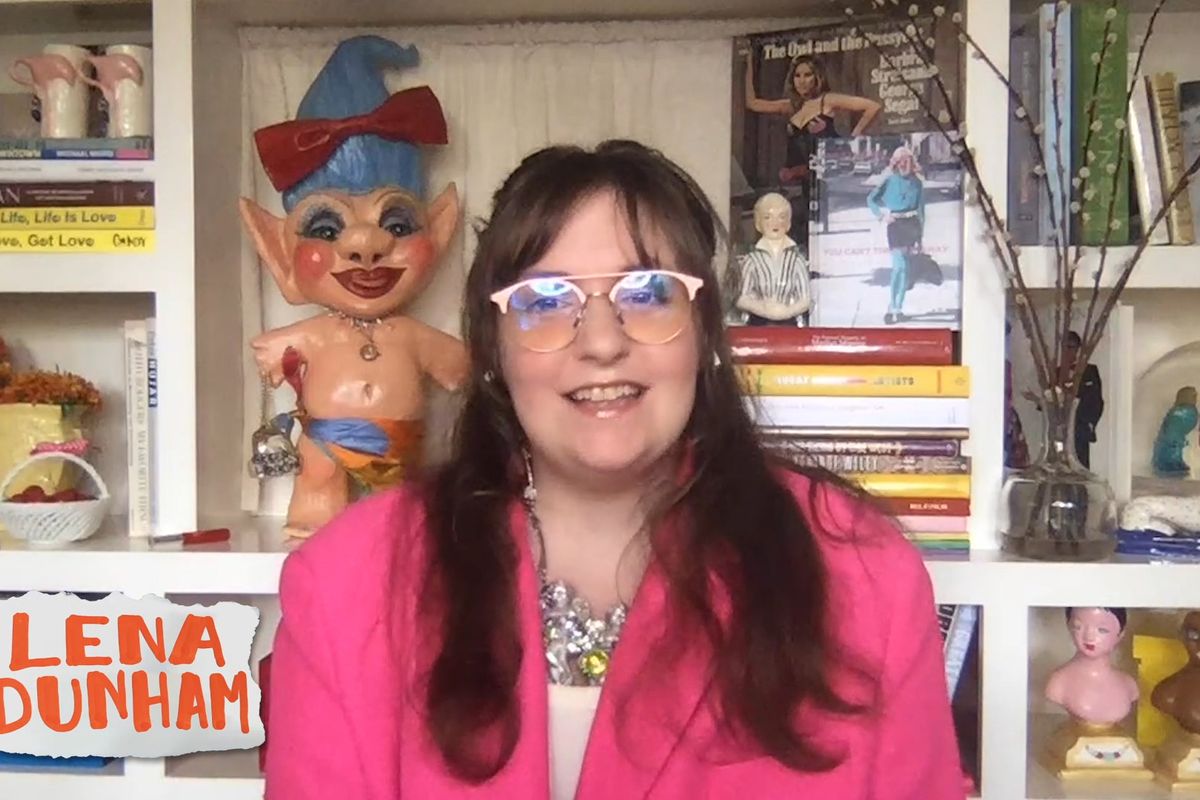 "The one time I tried poppers in my early twenties, it led to me eating a whole cheesecake," Lena Dunham told Andy Cohen matter-of-factly on the May 11 episode of Watch What Happens Live. No one could have anticipated that one comment about the popular club inhalant from the TV star could trigger such a super rush of backlash, but nevertheless, here we are: the gays are going to war with Dunham over her alleged use of poppers.

It's taken almost a week for Dunham's comments on her one-time popper usage to catch up to Twitter, but users are finally raising an eyebrow at her alleged experience with the drug. After Cohen prompted Dua Lipa with a question about the LGBTQ+ community's association with amyl nitrites and the song "Hallucinate" off of her newest album Future Nostalgia, Dunham provided him with insight as to her own experience. Viewers must not have immediately taken issue with the anecdote, but when a clip surfaced online some began to doubt that she had tried poppers at all.

"So Lena Dunham has clearly never done poppers," one tweet reads concerning the ordeal, with countless others poking fun at the fact that an insatiable hunger has never before been attributed to popper sniffing. Even Cohen himself tells Dunham that he's "never gotten hungry from poppers" after Dunham tells him that she doesn't think eating a cheesecake "was supposed to happen" as a result.

Leave it to Gay Twitter to spring into action in defense of the drug with enough fervor that one might believe she had denounced it entirely during the segment. Doubters of Dunham's account are having fun meme-ing the situation, but still seem a bit miffed that she invoked the name of the substance altogether. "Lena Dunham lying about doing poppers is why straight people everywhere are on thin fucking ice," another user tweeted.