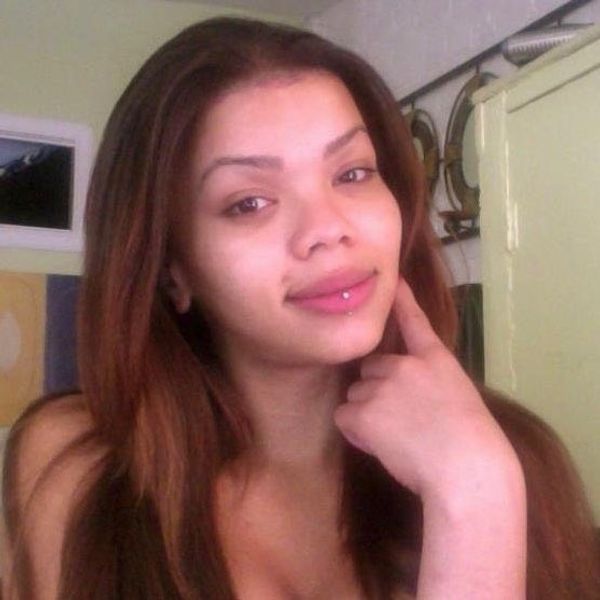 On June 10, more than 600 friends, family members, and allies, including Pose actor Indya Moore and Gisele Xtravaganza, gathered in Manhattan to support Layleen Cubilette-Polanco, a 27-year-old Afro-Latinx trans woman who was found dead in her cell on June 7 at New York's Rikers Island prison. A hashtag, #JusticeForLayleen surfaced online soon after, as Layleen's communities sought accountability and answers from the institution, which has a history of violence and neglect, including the mistreatment of trans inmates, especially trans women of color.

Layleen's family has also needed answers, and believed Rikers knew more about Layleen's final moments than they initially let on. This week, it was confirmed by officials that Layleen, who had a pre-existing health condition that made her prone to seizures, died due to complications from epilepsy, the New York Post reports. Layleen was reportedly jailed at Rikers when she was unable to post $500 bail for charges stemming from an April 13 arrest.

Related | What Will It Take to Stop the Killings of Black Trans Women?

According to New York's Office of the City Medical Examiner, Layleen's death was sudden and "unexplained."

"Genetic testing on this decedent showed a biological mutation in the CANNA1H gene which is the likely cause of her epilepsy; variants in this gene are associated with seizures," said Chief Medical Examiner Dr. Barbara Sampson in a statement.

Many of Layleen's supporters believed that even with her health conditions, it's possible her death could've been prevented. On June 7, Layleen's last day, she had been held in solitary confinement after reportedly getting into a fight with another inmate, following her noon lunch. Also, that day, Layleen, who had been silent and unresponsive when rounds were made, was allegedly ignored by guards for two hours before prison officials intervened and discovered her, according to witnesses.

Layleen's older sister Melania Brown shared with PAPER a letter she wrote addressing her younger sibling after her untimely death. In it, she vows to seek justice. "I'm so mad I didn't even know you were arrested until after when I couldn't safe [sic] you, if I would've known I definitely would of made sure you didn't stay in Rikers 'THE HUMAN SLAUGHTER HOUSE' the only place in the world where you can rape, kill, abuse and neglect humans and it's perfectly ok," Brown writes in part. "I won't rest until I get justice and they pay for what they did to you I promise."

People with serious medical conditions should not be placed in punitive segregation areas. Those responsible for pl… https://t.co/jvZ7e4sAMI
— GLAAD (@GLAAD)1564597877.0

David Shanies, the Polanco family's attorney, told media that Layleen suffered from epilepsy, but also confirmed to the New York Post that when she was found, there were bruises on her face. In a tweet from Shanies' Law Office that went out Tuesday night they claim to have "documentary confirmation that Layleen's epilepsy was well known to DOC, and she suffered multiple seizures on Rikers. On 5/30, a jail doctor approved her placement in punitive segregation, despite her epilepsy. That became her death warrant."

Though Layleen's cause of death has been confirmed, other activists and LGBTQ advocacy groups believe Rikers should still be held to account. GLAAD wrote on Twitter: "People with serious medical conditions should not be placed in punitive segregation areas. Those responsible for placing Layleen Xtravaganza Cubilette-Polanco in solitary confinement need to be held responsible for their actions."