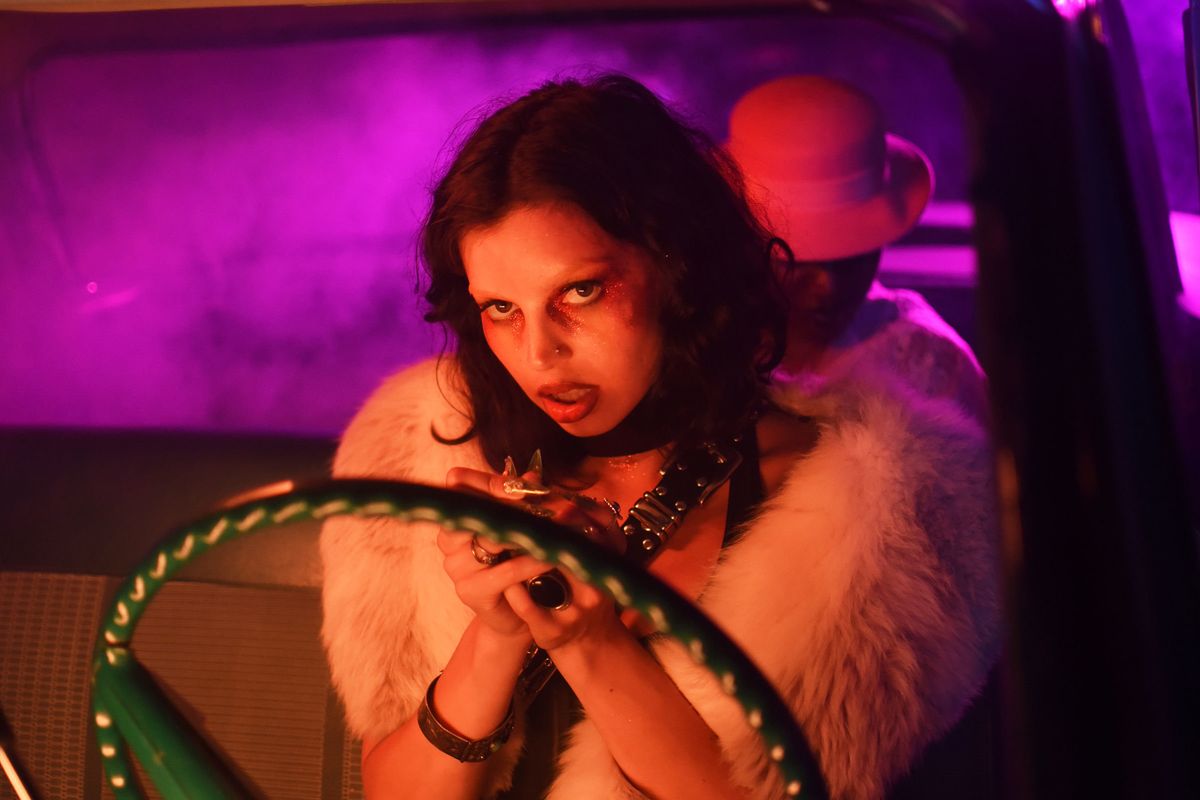 Laye Confronts Herself in 'Sicker'

Montreal pop artist Laye deals with darkness in a way you might not expect.

At face value, with claw-like nails, and a spooky, rock-inspired aesthetic that serves I'm a gloomy, glamorous rock star, it would be easy to pigeonhole Laye as someone marketing sadness for sadness' sake. But listen closely to the songs on debut album Lonesome, and it becomes apparent that still waters do in fact run deep.

On "Sicker," an album highlight and Laye's latest single, she reveals the things standing in the way of her relationship to self. "Magazines, social media, liquor/ Too much time spent staring in the mirror," is sung in a resigned way — not dissimilar from how many young people disconnect from themselves and their demons in the digital age. But then, magic happens in the chorus; the once-downcast instrumentation brightens with a hopeful synth and lyrics. "I'm gonna pull me closer/ I wanna win you over," Laye sings.

For the "Sicker" video, premiering today on PAPER, Laye faces herself, literally, in the company of very cool-looking friends. They all pose and writhe together on a couch and in various iridescent set-ups to the song's atmospheric instrumentals, as directed by Laye's friend and makeup artist, Summer O'Grady. As casual and comfortable as everyone appears, Laye also understand that friends aren't the key to self-worth. It's you, the constant work-in-progress.

"As much as this song is about being confident in who you are, it's more of a reminder to strive for that," Laye says. "It's about the inner and outward struggle of not needing others to validate your self-worth and success. I think it's something everybody needs to hear. No matter how confident you are, there's always something or one thing that can shake you. Ultimately, as long as you make a conscience effort to focus on yourself and block the rest out, you'll feel much more free and healthier mentally. Remind yourself to love yourself."