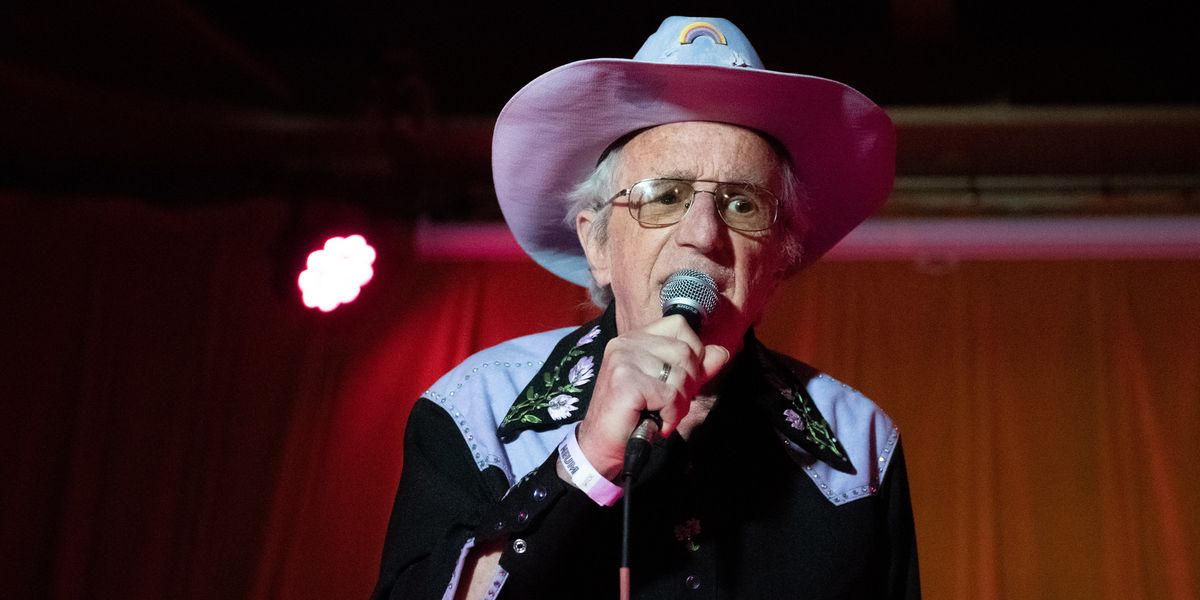 After nearly 50 years of relative obscurity, Patrick Haggerty's impact on country music as an openly gay musician is finally being acknowledged. Buzz, awards, and critical praise grew for Haggerty's 1973 self-titled debut album as Lavender Country upon its 2014 re-release.

Looking back at the album, which promoted a range of sociopolitcal messages confronting everything from white supremacy to queer liberation, it is clear that Haggerty's values were ahead of their time for the country genre and powers that be.

Now, after a life of continued activism serving marginalized communities, Haggerty releases his long-awaited (46 years) follow-up as Lavender Country, entitled Blackberry Rose and Other Songs and Sorrows From Lavender Country. And like his previous recording, Haggerty's latest features unabashedly queer song titles such as "Gay Bar Blues" and "Stand On Your Man," and politically engaged tracks like "Eat the Rich."

It can be streamed in its 26-song entirety, below, purchased here, and more info about the journey toward releasing the album can be found on Lavender Country's GoFundMe campaign.