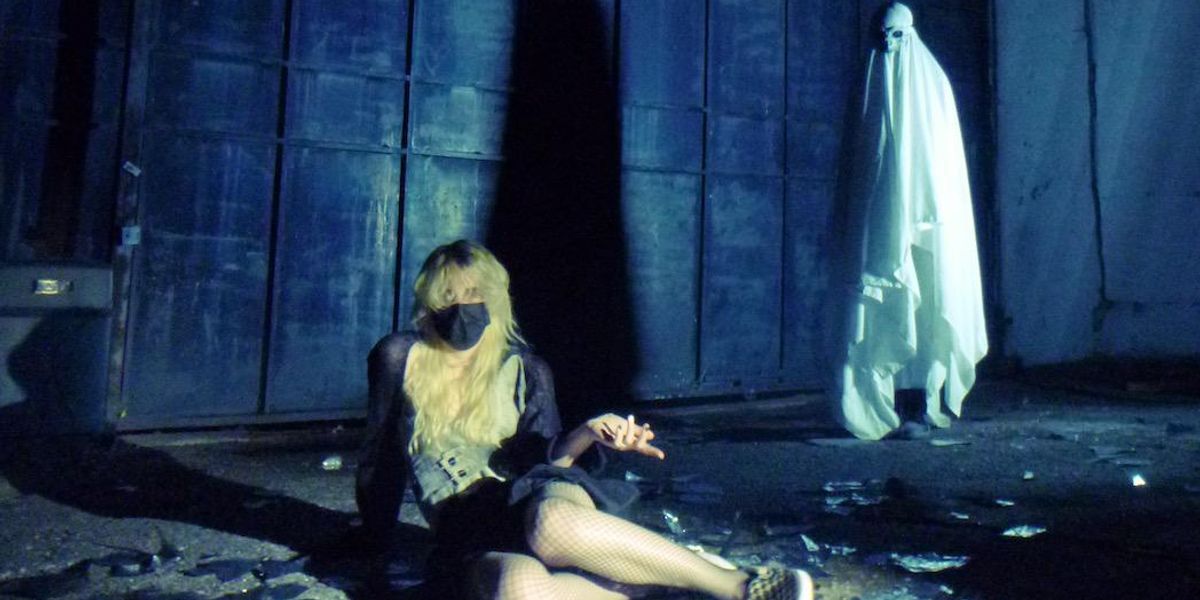 Laura Les Actually Grew Up in a Haunted House

After the track first teased in a virtual DJ set, fans have been clamoring for the release of Laura Les' new single "Haunted" and at long last the wait is finally over.

The artist's first solo single since 100 gecs' meteoric rise to fame with 1000 gecs and last year's follow-up remix album as well as her first to hit major streaming services, Laura Les is bringing us the same Monster energy drink-fueled hyperpop we've come to expect but with a spooky twist. A cross between Art Angels-era Grimes and a chiptune cover of the Five Nights at Freddy's theme, "Haunted" is a flurry of giddy electro-pop and hair-thrashing emo jammed into a bite-sized one minute-and-44-second morsel.

Full of gothic imagery like "Everybody's evil and there's bugs inside the carpet/ Monsters in the trash can/ Ghosts inside the doorway," the track almost feels like a scene out of a horror movie with "blood all over" and new terrors seeming to hide around every corner. Feelings of anxiety and paranoia continue to mount as Les bats the listener around her sonic fun house, leaving them disoriented and full of adrenaline as they come out on the other side.

Ahead of the release of "Haunted," PAPER caught up with Laura Les to dive into the inspiration behind the track and trade some ghost stories.

What was the inspiration behind "Haunted"?

It's mostly just about a feeling. Getting overwhelmed by a feeling and how it changes things around you. That sort of stuff lol idk it's not that deep, but that sort of idea.

What were some of the references you drew on for the track?

I was listening to a lot of electro-pop when I made it, that's probably obvious lol ummm idk Alice Glass, Black Dresses, not sleeping, feeling useless, seeing things that aren't there, that opening club scene from the movie Blade, a cockroach that kept crawling around my studio... just a lot of stuff put together I suppose lol.

What do you hope if anything people take away from "Haunted?"

I hope it makes them feel good :).

What was it like working with Weston Allen on the visual?

Weston got some shots that I couldn't believe. He's so good. It's always fun doing things with him because he's down to take scraps of random ideas and kind of run with them. Very low-pressure type of process.

This is your first solo single since 100 gecs blew up, how are you adjusting to all the attention?

I'm still kind of figuring it out I guess, but I'm happy people like our songs and my songs. I'm grateful for it. Just wanna keep writing songs that I like and play the rest by ear. Definitely still figuring it all out. Excited to share more new stuff with everybody.

Have any good ghost stories?

Lol well I actually lived in a "haunted house" for a few years when I was little. The house was old and there were a lot of stories about it, but I didn't see too much spooky stuff. One night I saw someone standing in the next room, and they started to scream really loud. Idk it was probably just a dream lol hard to tell I guess.