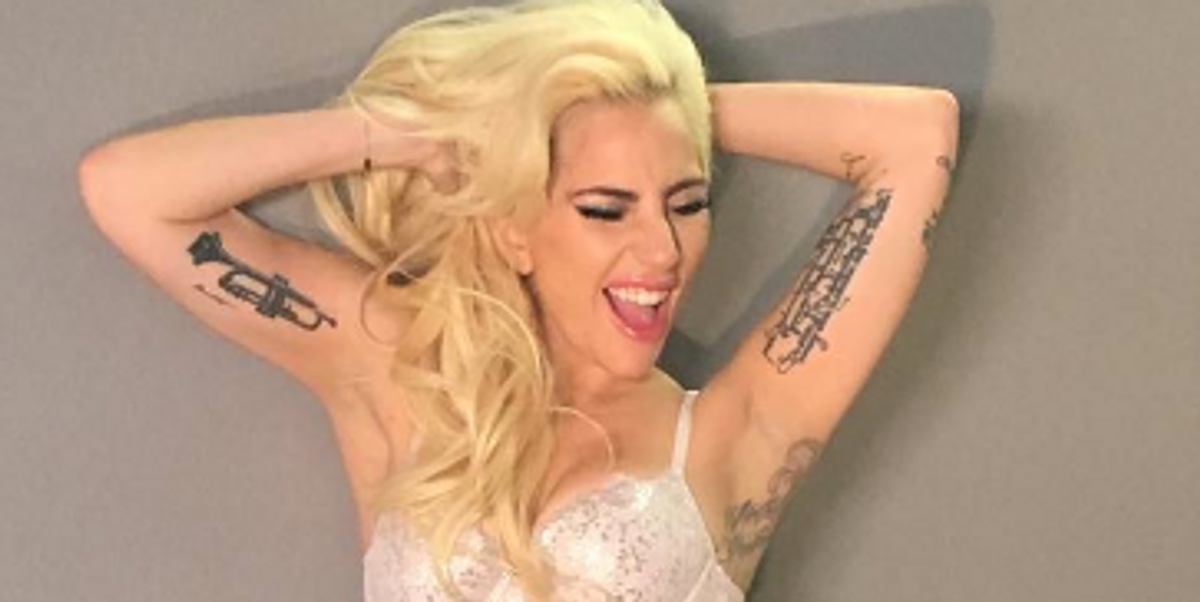 In the video, which at this stage in the game is exclusively on Apple music, Gaga appears to be in full Gaga-glory. She's on a motorbike, she's in a bikini, she's doing 'Thriller'-inspired moves. All things are exactly as they should be.

Gaga performed the track, which featured on her chart-topping album Joanne, during her dive bar mini tour last year. During her superb halftime show, Gaga announced announced a Joanne-world tour which will kick off in August.

You can watch the full video on Apple Music here, because never enough Gaga.