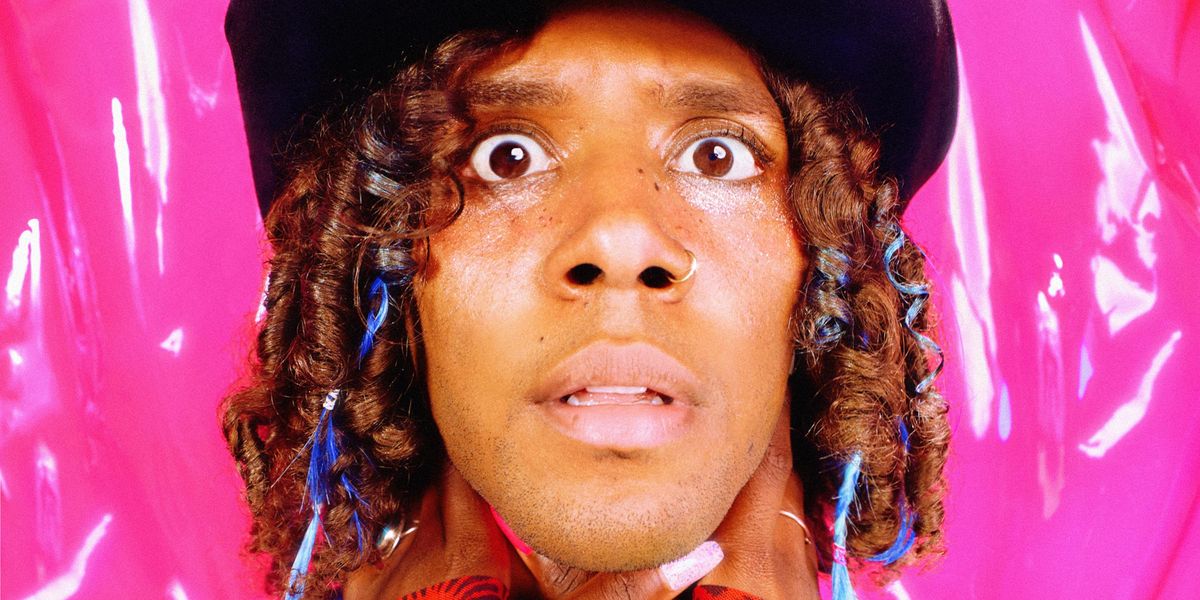 The video for Kyle Dion's Kari Faux-assisted "Purr" starts where his 2019 album, SUGA, left off, as the character from that project is launched into an uncharted world and "begins this journey as a new character." Once Kari bursts into Kyle's hotel room with a bazooka, he escapes through an ambitious set of scenes — 11 total in the clip — to mark a fresh era for the rising star.

Kyle crash lands in a twisted, alternate universe that looks like your average suburban town with a few surprises to underscore the notion that drama can, perhaps, lead to more exciting sexual relationships. In one setup, Kyle dodges a girl — Matrix-style — throwing dishes at him in the kitchen and, in another, his date transforms into a bloodthirsty zombie.

"Pillowtalk, need a pillow fight/ Something wrong if you don't bite," Kyle jokes, before the two join forces on its hook: "I need my bitch to yell, go at me, purr/ Need a girlie who loves to get on my nerves." Kari later goes in on a hilarious outro, saying "You want a bitch to go inside your motherfuckin' head/ Well, you know what? You know you got the right one."

Kyle's first single of the year, "Purr" is a silky R&B cut that puts his signature falsetto alongside Kari's own smooth vocal stylings. Featuring production from Chris Hartz and Aaron Bortz, it pushes Kyle in a brighter pop direction than we've seen from him in the past with a "no rules" approach to his next project.

Related | contradash Goes for a Rollercoaster Ride in '222pm'

"Purr" also sees Kyle experimenting more, tapping into a different side of himself through rap. "I was nervous to rap for the first time," he says. "I'm a vocalist and I kept overthinking." After letting go of those anxieties though, Kyle managed to focus in on a more playful, lighthearted sound that prioritizes our return to dance floors this summer.

Watch the PAPER premiere of "Purr" by Kyle Dion and Kari Faux and stream their single, below.