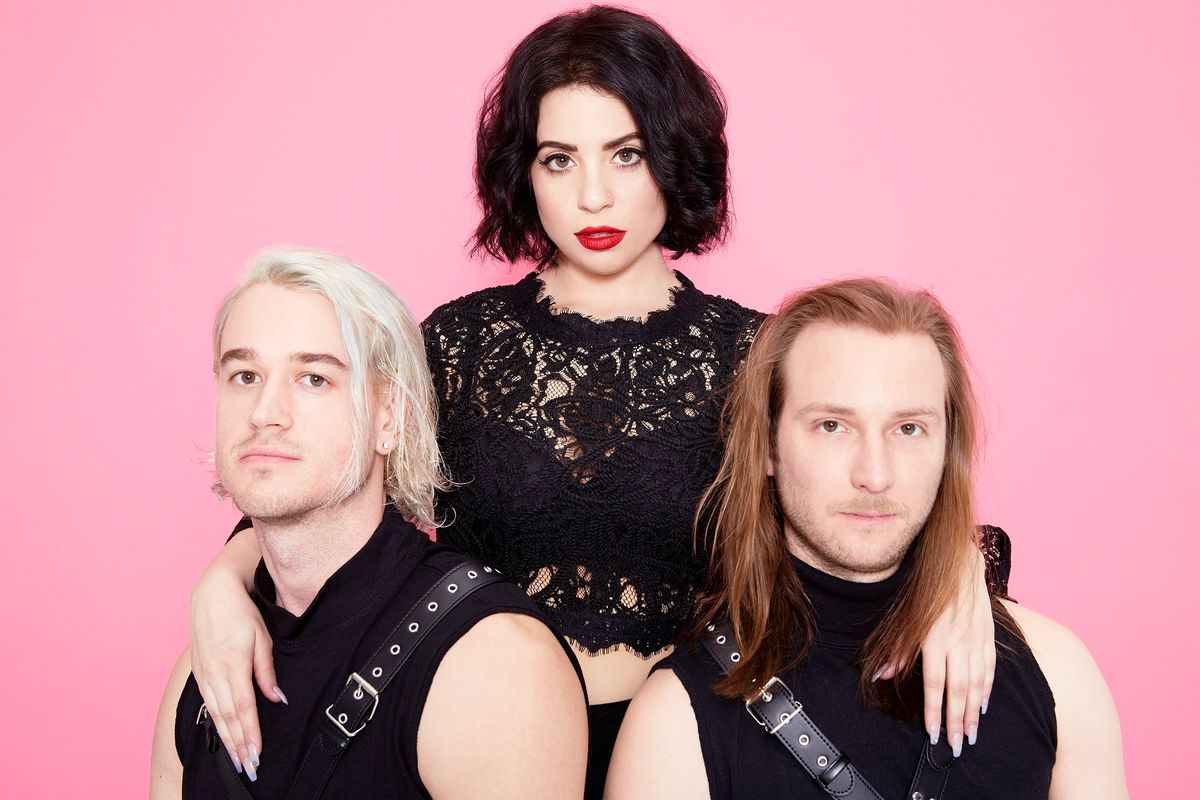 KOPPS are Brainwashing Dance Demons in Video for 'Hott'

Self-described "electronic-rock-whateverists" band, KOPPS, is just as fed up with the summer heat as you are. The Rochester, New York-based band is best known for their sleekly crafted indie pop as much as they are for their off-kilter sense of humor.

The video for their new summer single "Hott," featuring buttoned-up indie rockers Joywave, is innocuous enough at first glance. Bickering directors and stiff choreography with artificial slapped-on smiles makes for a winking parody of music videos from Devo or St. Vincent. The twist, because of course there is a twist, comes at the chorus with screaming guitars, flashing lights, and a S&M clad KOPPS hypnotize the entire crew with a noodle-armed cult dance.

The dance, later referred to in the fiction of the video as the "Hott Trott," becomes a viral sensation spreading around the world like a dead-eyed "Harlem Shake" or "In My Feelings." The video is incredibly charming in its sinister absurdity, past the campy glowing red eyes and floppy dancing lies a thirst for global domination even if they don't take themselves too seriously.

Watch the PAPER premiere of KOPPS' video for "Hott" (feat. Joywave), below: