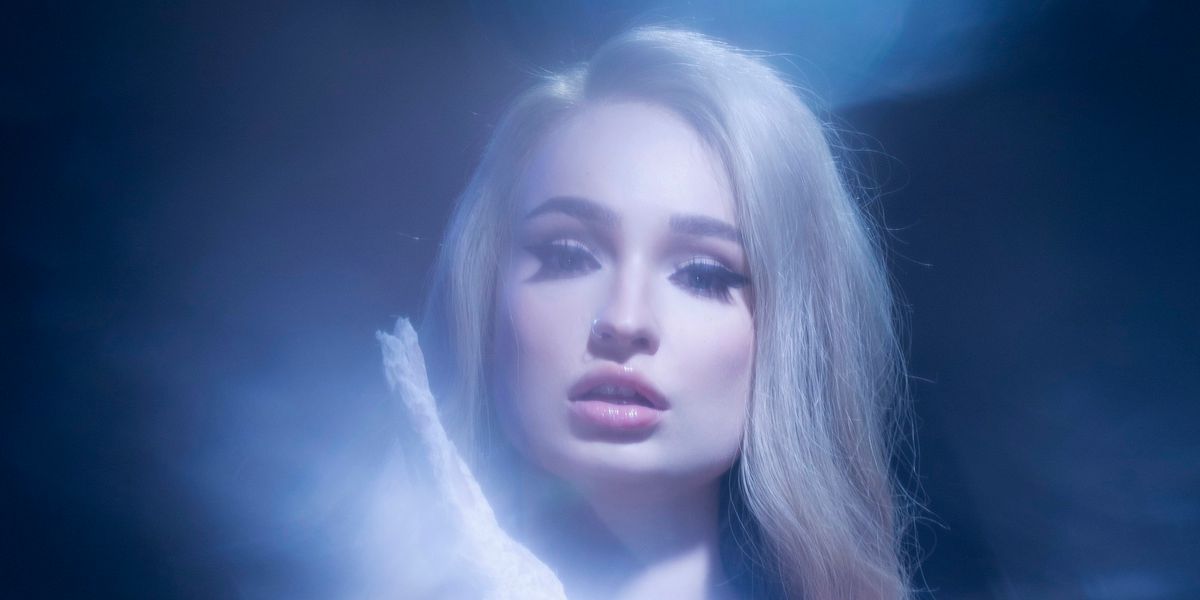 "I'm the bitch with the sauce, apparently," Kim Petras spits out slyly on the title track off of her debut project, Clarity. It's a line that will remain in your mind well after the conclusion of the two-minute song, clinging to the walls of your ears and itching to jump off the tip of your tongue.

The chorus is a prime example of why Petras' artistry continues to go unmatched: she's an earworm master. Short or long, every phrase she sings or raps sticks like Gorilla Glue, lingering for days on end for some inexplicable reason. She's got magic in her voice, a magic that is rare — but usually a good indication of pop staying power. This ability is the same reason why her infamous ad-lib, "Woo ah," has practically become a queer bird call. Kim Petras can't stop crafting genius phrases to pair with equally genius melodies, saturating her discography with hits.

While the single-by-single rollout for Clarity left fans curious as to what exactly a full debut would look like, the project ended up impressively cohesive. The large majority of the songs possess subdued trap-like drum patterns, littered with punchy hi-hats — a far different approach to pop than her previous "bunhead" singles. The multicolored single line from her first era, brought about by her smash hit "I Don't Want It At All," epitomized bubblegum pop, but Clarity nearly resists the genre. The only sign of any previous imposition on the current material comes in on the cutesy "Got My Number."

Still, the songs on Clarity represent a radically different Kim Petras than the one fans were introduced to originally. This isn't to say, however, that the project represents a shift in branding or some contrived career move. If anything, Clarity proves just how powerful and versatile Petras can be in the studio, exercising her prowess expertly over any beat or chord.

Highlights of the new project include the Turn Off the Light, Vol. 1-esque bass bubbler, "Personal Hell," and the anthemic "Do Me," but nothing pleases quite like the previously unreleased "Meet the Parents." Lyrically, the track is more coy for Petras, but sounds incredibly expensive, like if Paris Hilton recorded herself droning on-key about her riches to a twinkling lullaby. She manages to pull the entire project together through the theming of each track, fully understanding her place in subverting pop while bringing in hip-hop production elements and personal flair.

In a stream-of-singles world, it's not often that a record comes along and really tells a complete story. Clarity is fully realized, as if there were a prologue and epilogue accompanying it. There's no doubt about it: Kim Petras 100% has the project to beat this summer.

Stream Clarity by Kim Petras, below.