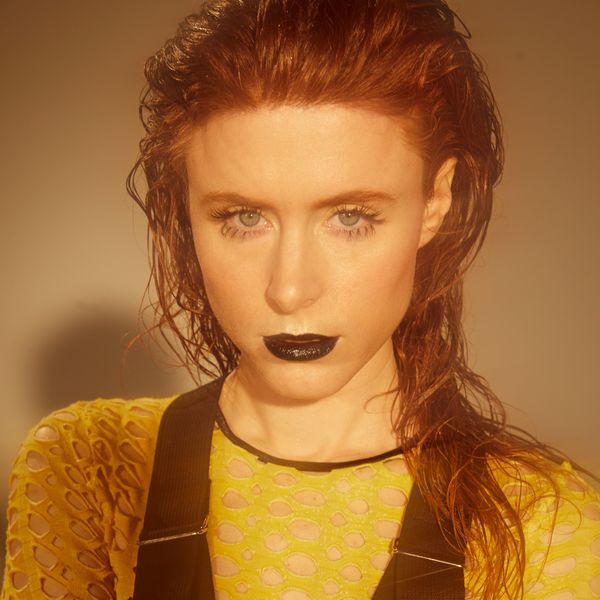 If you lived through summer 2014, there's a good chance you remember the punching, house-fueled "Oh, ah" chorus of Kiesza's "Hideaway." Everything about the track — from the bass-level synths to Kiesza's booming, larger-than-life vocal presence — is so memorable that dancing along to it at the club feels innate almost five years later. Now, half a decade after the release of her critically acclaimed album, Sound Of A Woman, Kiesza is back with new music for the world to fall in "Sweet Love" with.

Her new single, "Sweet Love," is a blurring of genres unlike her other dance-pop anthems. While "Hideaway" existed primarily in the EDM-influenced radio world that gained immense traction during the mid-2010s, "Sweet Love" takes on an entirely new ballad-like identity. Pop fuses into opera and then straight into singer/songwriter, Broadway style lyricism and keys. Of the new style, Kiesza notes, "I got big for 'Hideaway,' but before 'Hideaway' I was a songwriter. I really thought that was my career, I would just be an industry songwriter because I'm really good at crossing genres."

Kiesza's songwriting abilities are more than evident on the new track. "Baby if it's hopeless/ Might as well be reckless/ Scratch it off your checklist," she echoes in the second verse, writhing through her words and seeming to stumble upon picture-perfect pop phrasing. It takes entire songwriting teams to string words like these together sometimes, so it's certainly impressive with her small, newly independent team of creatives that she's been able to craft such a melody. "When I started songwriting, I ended up writing a song every day. It came as a flood. I just experimented writing all different kinds of music, and then I went to school — music school — and really went thinking I'd be a songwriter," she says. "Sweet Love" is obviously grand in production upon first listen, but the lyrics shine on their own.

Besides the lyrical content of the new track, Kiesza also recalls building her first album around "Hideaway," and anchoring all of the future tracks in its bumping success. If "Hideaway" was the anchor of Sound Of A Woman, then "Sweet Love" is certainly a more than solid foundation for her new era after leaving her label. "I really want to start taking people on a journey with my songwriting," she says. "I actually wrote 'Sweet Love' with a baritone opera singer."

Kiesza addresses her break from music, says she was involved in a car accident a couple years back and has been working on recovering since. "I was in a car crash and that took me off two years in my music career. I got a traumatic brain injury," she says. "I'm a lot better, I'm still healing. It takes a lot of time, it takes years. I've honestly gained so much as a person, though, by being forced to step back."

"I was in a car crash and that took me off two years in my music career. I got a traumatic brain injury."

"I've been on a journey. I've been on quite a journey," Kiesza sighs. That journey is reflected in everything that "Sweet Love" ends up being: moving, slow, powerful, and most of all, personal. She still experiments with movement heavily in the music video, once again showing her ability to translate dance into her words, and back again, just as she did in the viral video for "Hideaway." It's more evident now than ever how purposeful Kiesza is being with her artistry, taking the craft much more seriously, but at the same time delighting in the process. However personal the new single is, though, she still wants to let her fans have an open-ended look into her world. "I have a gift, I have something to give. I want my music to be able to be interpreted individually to each person," she tells me about her new songs.

Following "Sweet Love," more new music is surely on its way from the newly independent Kiesza, but so are a few unexpected surprises. "I'm writing a musical, actually," she tells me. "This is a project that's been ongoing for the past year and a half." When I ask her for more details, she replies excitedly, "Not yet! It's a secret, but you'll be the first to know. We have the first draft of the script done and we're finishing. I think we have five more songs to finish and then we'll do the second draft and it'll start going into production."