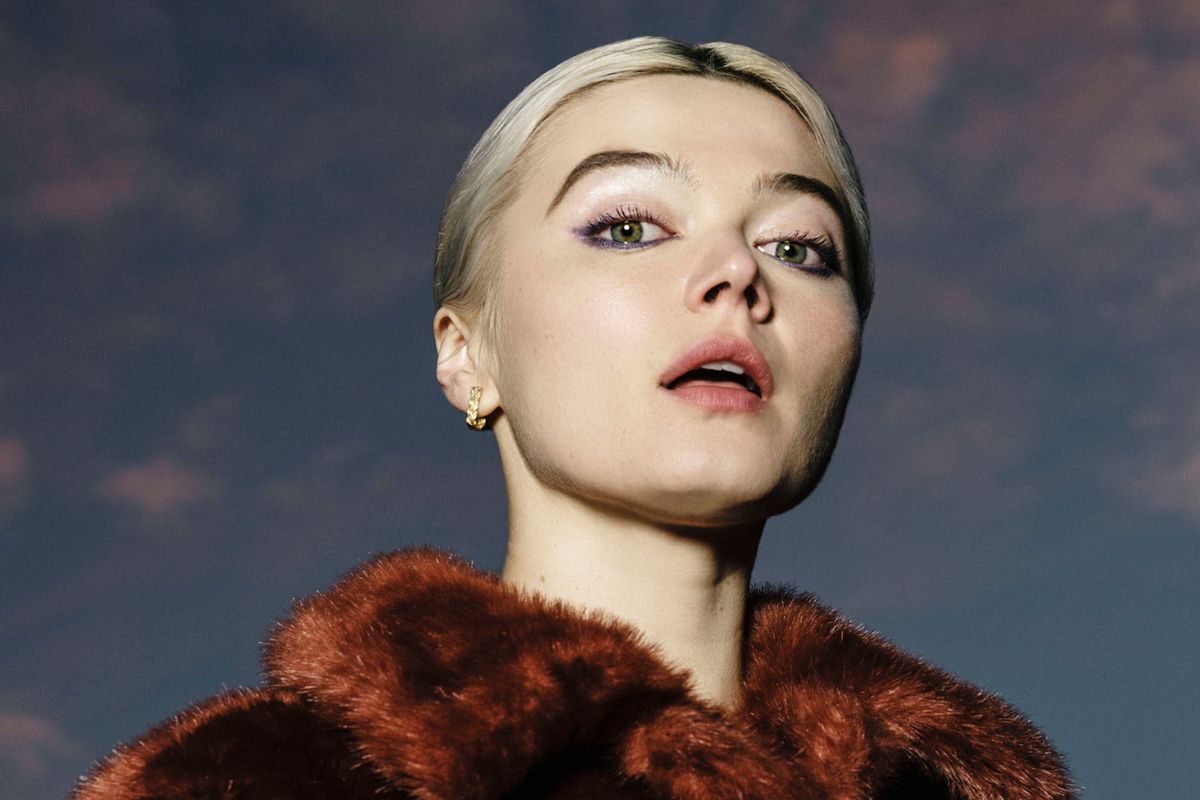 If you've seen Khrystyana on America's Next Top Model, on Instagram, or anywhere else, you know she is bursting with energy, positivity, and good humor. A beaming light of authenticity, she inspires people in every corner of the globe to embrace their full bodies and their full selves. PAPER sat down with the model and activist ahead of Brighton Breach Pride, an LGBTQ Pride event she is attending in the heart of a Russian immigrant community in New York, to dig in on her story and her activism — and on where that light comes from.

What was it like growing up in the Soviet Union?

I was born there in 1985, and there was such a strong feeling across the society about fitting into the norms. We wore similar clothes because all that was available was whatever they had at the local outdoor market. We ate similar foods, often waiting in long lines because of limited production of things like kielbasa, and we were expected to behave in specific ways. Like, it was an expectation that I would be married with two kids by 25. It's almost as if life was prewritten for you. I was desperate to fit into that mold, and I often didn't feel accepted by my friends and family because I really did not.

And how did or didn't things change for you when you moved to America?

You know, I kind of had a taste of the outside world when I was growing up. My mom used to sneak things — small things — into the country for us, like Hollywood movies and American denim. I had a dream of coming here, and I felt like this would be a place where I could celebrate my individuality. That dream kind of came true. I could wear things that I could not wear in Russia — things I knew I would be judged for back there. The supermarkets had so much variety it felt crazy to me and my mom. But I soon found out the land of the free wasn't totally free. Hate against LGBTQ people is a strong example of that. And I still really wish America could live up to the idea of what it should be.

As a Russian immigrant, what barriers have you faced here?

When I got here, I did not totally escape the society's shadows. I thought it would be a completely different world, but being in Russian communities here makes me feel like I never left. It's not totally the same, but I start feeling the same pressure to fit a certain mold again. I am growing into loving and embracing myself and my identity, and even as I am speaking up about my beliefs and queer acceptance, there is still severe pain. I mean, I get hateful messages on Instagram all the time about queer acceptance. You cannot ever fully escape the hate.

Still feeling the weight of those expectations here must be tough.

It is, but I am not completely rejecting Russian ways. It is my culture. The majority of people that I know even from Russia believe in world peace, friendship between nations, and accepting and loving each other. I think the majority of people are just afraid and feel safe in their boxes. It's as if there is an addiction to patterns. This is a symbolic example, but I still go and put a ton of butter on my bread and think that it is the best breakfast ever. And I still don't understand eggs for breakfast — for us, eggs are anything but breakfast. It's just a different way of life. But we need to realize there is more to life than just bread and butter. There are sandwiches — even three layer sandwiches!

Can you talk about the connection between Russia and Brighton Beach, New York?

Brighton Beach is a huge Russian community in New York. And everybody knows about Brighton Beach in Russia — we even have songs and movies about it. So when people think of moving to the United States, Brighton Beach comes to mind because there is a sense of safety about moving somewhere that isn't totally different. But that isn't so comforting for queer people. When I was growing up, I didn't even know the word queer or that there was even an LGBTQ community — or even if any of my friends were queer. There is deep homophobia and transphobia in the Russian community, and that is why I connect so deeply with Brighton Beach Pride. The queer community there often faces the same kind of discrimination they would face in Russia.

"There is nothing in this world that is more important to fight for than freedom and each other."

What do you hope comes of Brighton Beach Pride?

I think it is a huge statement for the people of my country. I want Pride to be not just for queer people who feel misunderstood in Brighton Beach, but for it to reach further — to reach the Motherland. That's why I'm excited to attend with Voices4. This is a big statement. If we did this in Russia, I don't know how safe it would be. I don't know if people would be beaten up, or thrown into jail. But hopefully people will understand we are not doing anything negative, just a peaceful march full of love. We are not trying to fight against their ways, just showing them ours. And it is okay if they feel uncomfortable. Change is uncomfortable.

How do we actually spur that change? What do queer activism and allyship need to look like moving forward?

For me, understanding the entire queer community is very important. And truthfully, just being queer does not mean you are an automatic ally to other queer people. It is important to understand how intersectional the queer community is — and to be an ally to all. We really must support queer people in all parts of our lives. Like, in fashion projects I work on, I am always pushing for diverse queer representation. I am the one asking why there is no trans person in the shoot, or bringing them in. And I also want to say that in this work, you have to be patient with yourself. I personally have a lot left to learn, and I still recognize some of my old patterns. In some ways, I am just getting to know who I am and what the heck I am doing. I think we all are. But we have to just do the best we can, and show up. Because there is nothing in this world that is more important to fight for than freedom and each other.