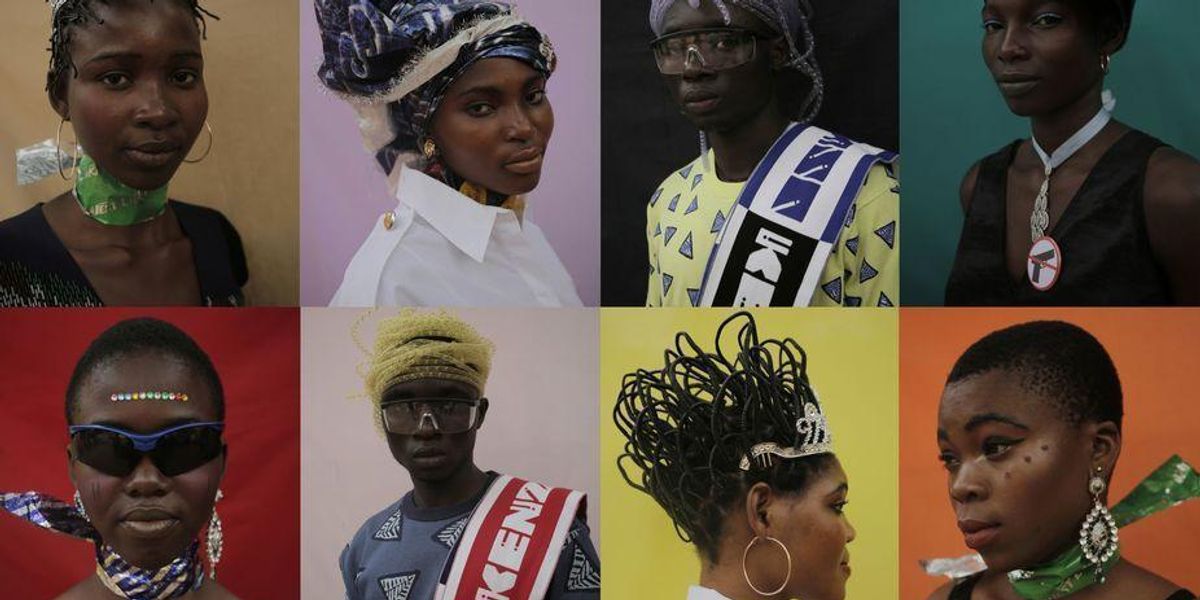 Kenzo Explores Life in Nigeria for Most Recent Fashion Film

If there are any designers who know how to best translate the beauty of their clothes into an equally beautiful fashion film, it's Kenzo's Carol Kim and Humberto Leon. In the last year alone, the duo have already recruited Her director Spike Jonze, Portlandia star Carrie Brownstein, and, most recently, Lemonade collaborator Kahlil Joseph to direct short films for their Parisian brand. Today, they revealed the latest addition to the pack — this one, filmed by Ruth Ossai and directed by Akinola Davies Jr.

Titled Gidi Gidi Bụ Ugwu Eze (which translates to "Unity Is Strength"), this newest short film explores everyday life in Nsukka, an Igbo community in Nigeria. Showcasing models who were street-cast from various places in the Igbo town—of course, all wearing Kenzo's SS17 line—getting their hair done, standing around in beauty pageant sashes, playing live music, and excitedly dancing down Soul Train lines, Gidi Gidi is a refreshing look at life in other societies.

Ruth Ossai once described the visual as being a celebration of "young black Nigerian bodies (by) capturing them celebrating Igbo culture and traditions, showing that beauty is always present when there is a commitment to the celebration of culture," and it's hard to disagree with him after seeing it.

Take a trip to the beautiful land of Nigeria with Gidi Gidi Bụ Ugwu Eze below.