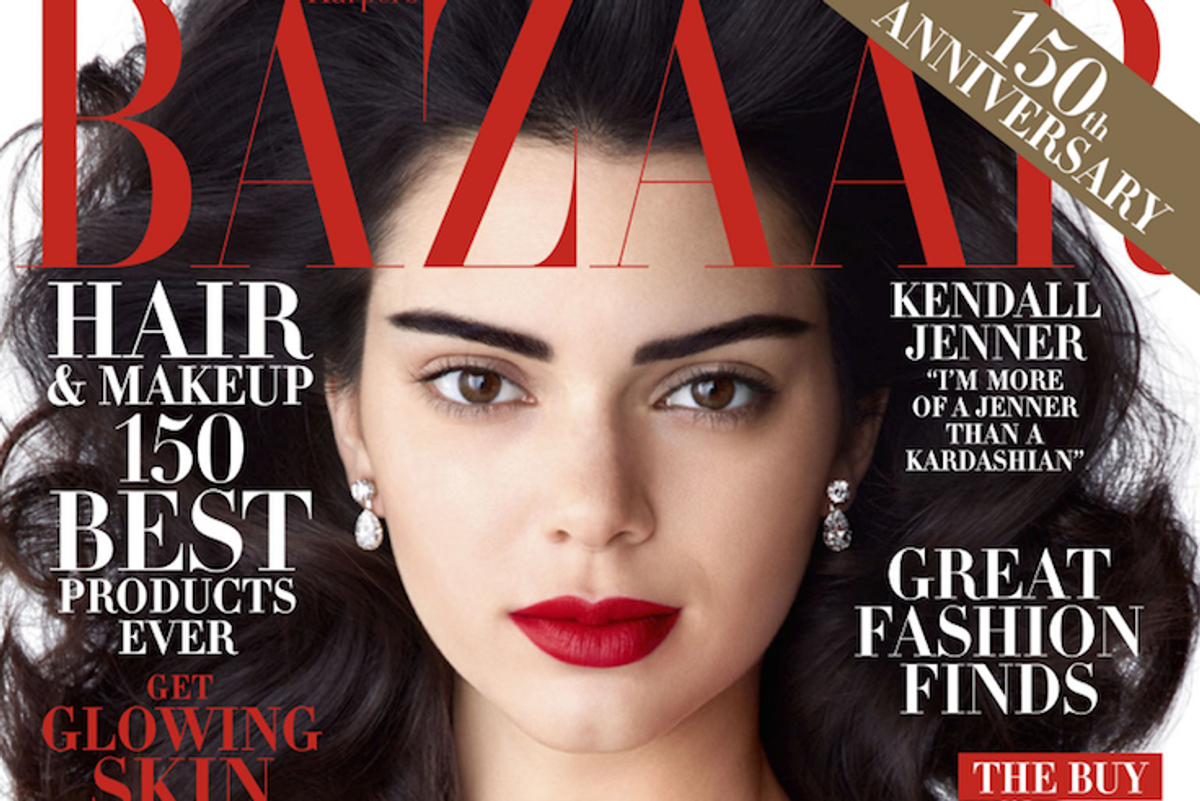 Kendall Jenner Talks Heartbreak and Anxiety for Harper's Bazaar: "I Thought I Was Going to Kill Myself"

What a day for profiles, friends. Harper's Bazaar has revealed their May cover for their 150th anniversary, fronted by none other than Kendall Jenner (in conjunction with Estée Lauder, of course) and who says many concerning things, while still being written off as a traditionally hyper media-trained like much of the Kardashian-Jenner clan.

While it's clear from the outset the writer did not get a copious amount of time with Jenner – he describes their interview as a coffee date with her and her bodyguard – the whole piece is peppered with startling reveals, which are mostly left as is without further probing. The profiler tells us Kendall's anxiety has ramped up of late, which she tells him she's had "her entire life", yet doesn't address her getting help beyond her security beef-up.

"I wake up in the middle of the night freaking out," is all she says about what sounds like a very serious mental disorder. "Full panic attacks. They wake me up from my sleep, and I need to stand up and I pace and I'm freaking out and crying...."I don't feel normal and I like to feel as normal as I possibly can."

And that's it, we move on. What Kendall is allowed to flesh out, ironically, how much she doesn't like to talk. As for her love life she says: "If I'm not fully, fully in it with someone, why would I make it public to everyone else? If I don't even know what it is, why would I let the world know?"

This kind of defensive reluctance punctuates the entire profile, so much so that when Kendall does speak, it sounds like she's just in the Keeping Up confessional. In response to a question presumably about if she's as as "girly" sisters now she's a supermodel, Kendall unwittingly falls into the trap of being one of those girls who says she doesn't get girls even though she is one. That is, it's not that she doesn't like girls, she just doesn't like girls, inadvertently placing herself in entirely different league to every other girl.

"I was a huge tomboy," she says. "I had a phase where I wore boys' clothes. I was always hanging out with guys. I've always connected with guys more...I've always been the different one. I mean, I'm a girl and I like being a girl, but I've just never been into it like they have."

It's clear this is as deep as Kendall will go in any kind of self-exploratory sense during this coffee hang, though the piece includes multiple anecdotes from the 21 year-old model's parents Kris and Caitlyn Jenner. Kendall even addresses Bruce's transition into Caitlyn, who she and Kylie assumed was having an affair when they found cosmetics lying around as children.

"It was like an investigation for a really long time," Kendall says. "We would find little things and think, 'This isn't normal.' For a minute, we were like, 'Okay, is he cheating?' And then we'd say, 'I don't think so.'"

She also discusses the first time she saw Bruce dressed as a woman: "My heart dropped," she says. "That's when she would dress as herself, at four in the morning, before we would get up. So that was like, 'Whoa,' for a second."

However the most revealing, and perhaps perturbing thing she admits during the cover story roll-out is in accompanying quick-fire question video about her "firsts".

"What was your first kiss?" the interviewer asks in the 52 second video.

"It was in a shower," Kendall responds, before saying, deadpan: "My first heartbreak I thought I was going to kill myself." She then continues, revealing actress Audrey Hepburn is her muse.

We haven't even begun to scratch the surface with Kendall Jenner.

Watch the video below and read the full profile here.