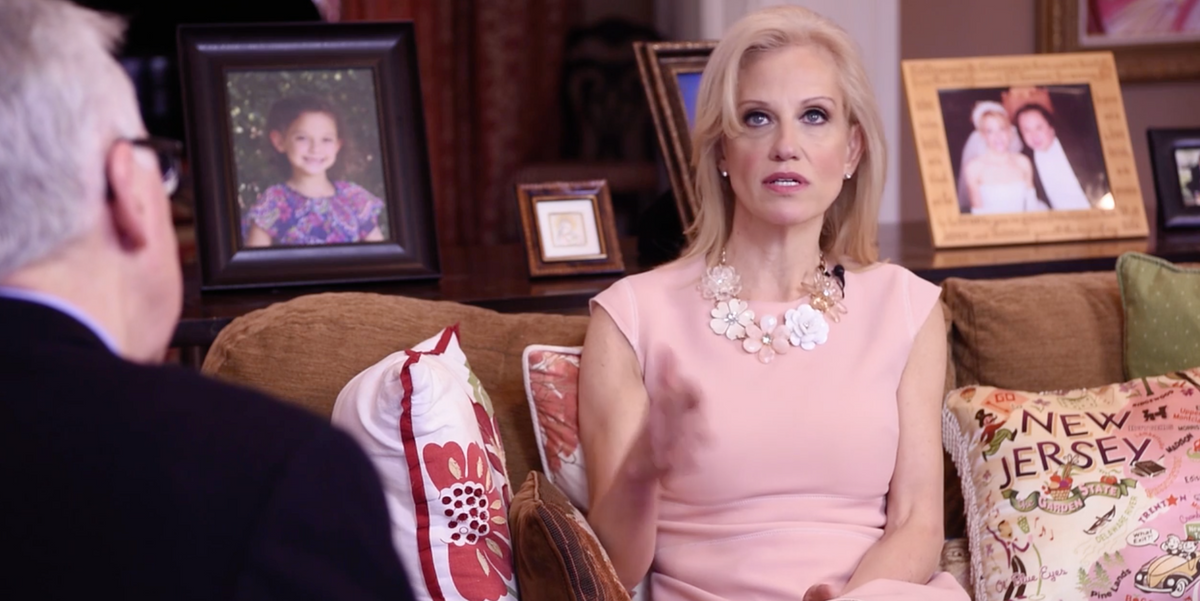 Donald Trump, the person we are forced to refer to as "our president," has a habit of making wildly unfounded claims and then declaring them as fact on his personal Twitter account. For instance, last weekend, he tweeted about having just "found out that Obama had my 'wires tapped' in Trump Tower." He then pondered whether this was legal or not, claiming that this was a "A NEW LOW!"

Of course, if Trump's claims were true, it would certainly be a new low—but with no evidence to back up this accusation, Trump is actually the one in the wrong. Those tweets have been the source of a number of headlines in the last week, so it was only a matter of time before Kellyanne Conway, Trump's Counselor to the President, was asked for her opinion on the situation.

In an interview with the Bergen Record, columnist Mike Kelly talked to Ms. Conway about her thoughts. When asked whether or not she believed the accusations, Kellyanne responded by saying, "What I can say is there are many ways to surveil each other now, unfortunately." Kellyanne, who is responsible for coining the term alternative facts, then followed up by saying, "There was an article that week that talked about how you can surveil people through their phones...certainly through their television sets, any number of different ways. And microwaves that turn into cameras, et cetera. We know that is just a fact of modern life."

So there you have it, folks! Kellyanne Conway thinks spying on someone through a microwave is "just a fact of modern life." As could be expected, Twitter immediately blew up with an endless number of jokes poking fun at Conway's crazy claims.

2008: You Can See Russia From Alaska- SarahPalin
2017: Your Microwave Is Spying On You- #KellyanneConway

Breaking news! #kellyanneconway produces PROOF that Obama was spying on Trump via the microwave