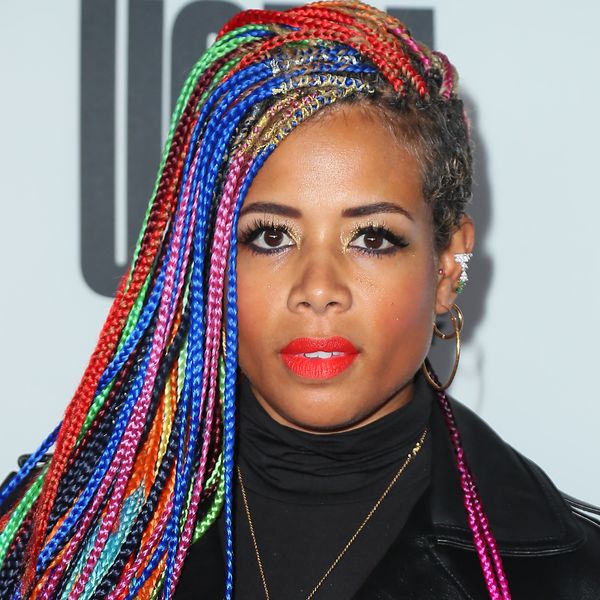 Tracking Kelis down is difficult these days, according to a revelatory new feature about the iconic singer on The Guardian. The creator of "Milkshake" first captured hearts in the early aughts with eclectic hit songs about love, self-image and sex, largely produced by Pharrell Williams during his days as one-half of The Neptunes.

Though she released six albums since her 2000 debut, her public appearances have grown more scarce lately, save to promote her cooking endeavors. (The singer trained at the prestigious Le Cordon Bleu as a saucier, and released a 2015 cookbook, called My Life on a Plate.)

Recently, Kelis appeared on season one of The Masked Singer's UK edition, but fans have still been left wondering where she is and what she's up to lately. Here's everything we know about Kelis today via The Guardian — from her lifestyle on a remote California farm and her upcoming tour to how the music industry took advantage of her early in her career. She also shared details about her allegedly abusive former marriage to Nas and exploitative relationship to Williams.

Kelis now lives about two-and-a-half hours away from LA on a remote farm she manages with her husband and raises her young son at. That's far more appealing than living in LA, a city that in her opinion, is not "fun."

"I hate LA. I was only ever there for work," Kelis explained. "Because it's not like New York or London, there's nowhere to go after 10 at night, so suddenly you're getting up early in the mornings and you're juicing and you're hiking and figuring out how much wheatgrass can you actually intake. So I thought, if I'm going to be in California, I should be where I can appreciate how beautiful it really is, not stuck in LA and pretending it's a city that's fun."

Kelis' introduction to the music world happened when she was a teenager. Her first single "Caught Out There" from the 1999 debut, Kaleidoscope, garnered plenty of attention, but it couldn't be neatly described as either R&B or hip-hop. Kelis says this is because young Black singers back then were forced to choose between those genres, and discouraged from alternative styles of music.

"The issue of race has been such a big part of my entire career," she said. "It was never something that I struggled with personally. But it was other people's confusions. Macy Gray and I were the first [Black women] to be considered alternative. But people were like: 'But you're Black and alternative? What is that?' Which already is a stupid-ass question, but it was put in our faces all the time." Because of that, radio stations and record companies often struggled to market Kelis and her music.

...and ultimately she never got the fair share of profits for her work

​​Young, carefree and distracted, Kelis told The Guardian that she didn't get paid for her first two albums when she signed with the Neptunes' Star Trak imprint. She was told by the management team that she would have her earnings split three ways evenly between herself, Neptunes producer Chad Hugo and Williams. "I was told we were going to split the whole thing 33/33/33, which we didn't do," Kelis said.

Instead, she said she was "blatantly lied to and tricked." For a few years, Kelis was making money from touring and she didn't even realize it then. "Their argument is: 'Well, you signed it.' I'm like: 'Yeah, I signed what I was told, and I was too young and too stupid to double-check it," she explained.

Kelis claims she was abused by her ex-husband Nas

Kelis first met rapper Nas when she was barely out of her teens. The two of them eventually married in 2005 and went on to collaborate on songs together. (Remember "In Public" from Kelis' 2003 album Tasty?) They separated in 2009 while she was six months pregnant with their first child, Knight. In 2018, Kelis came forward with allegations of physical and mental abuse against her ex-husband. In the interview, Kelis also claimed that seeing police photos of Rihanna (who was assaulted in 2008 by then-boyfriend Chris Brown) inspired her to leave her abusive partner.

"The red flags were there," she said. "I was really young and didn't know that love isn't enough. It was crazy from the start, but I think as girls we're taught that that's what love is, like you can't breathe without them. What kind of shit is that? I want to breathe!"

Of her relationships with Nas and Williams, she said, "I don't feel like protecting the sanctity of the black man anymore."

Kelis is much happier now

Kelis' life experiences with money, fame and partners over the past few years is a cautionary tale for young female artists. Though she's been through hell, these days Kelis is happy and enjoys her quieter life with her family. "I am absolutely fine," she insisted. But soon, Kelis will be in the public eye again: she'll be reportedly releasing a new EP this year, and celebrating the 20th anniversary of her debut album with a special tour kicking off this March. Get tickets here.

Jeffree Star Responds to 'Homewrecker' Claims Over His New Boyfriend