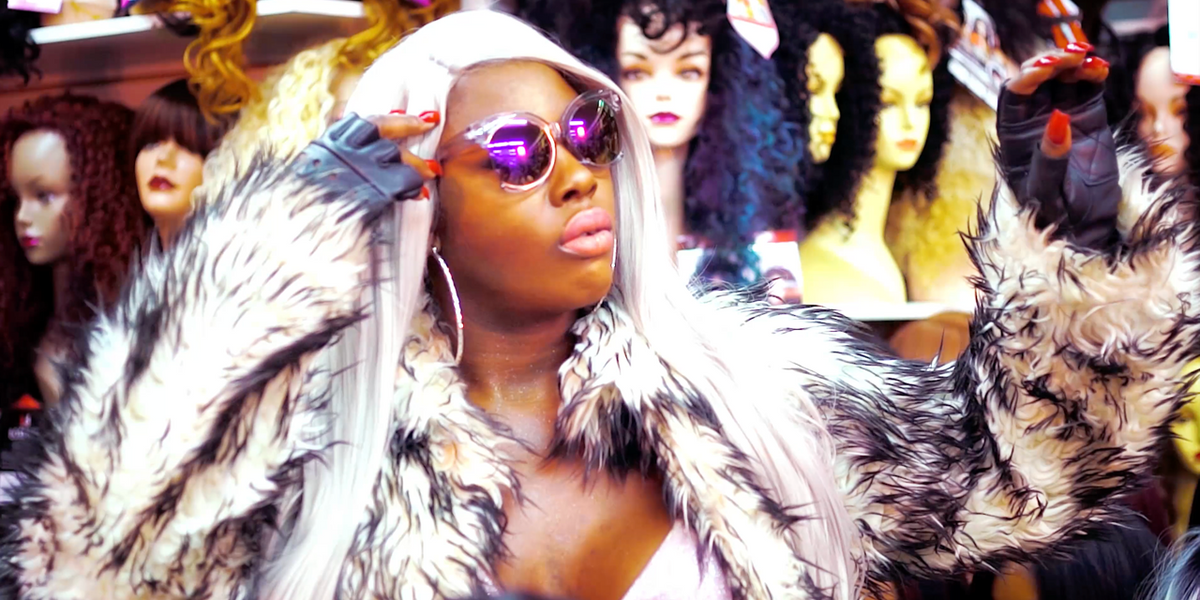 Emerging from Chicago's rich queer community, rapper KC Ortiz has plans to spread her music far beyond the city in 2018 — and she certainly has the raw talent to do so. Her eight track mixtape CHURCH TAPES, released last year, is a perfect display of underground DIY hip-hop with lead single "Shut Up" highlighting Ortiz's aggressive flow and honest, self-reflective attitude.

"Shut up! Voices in my head," Ortiz says, her lyrics spliced among samples of a pastor's sermon that reference her childhood. Living with her grandma, the emcee — who's transgender and a discharged Air Force member — would listen to cassette tapes of church services that she'd buy for 5 dollars. Paired together, Ortiz sounds like a minister in her own right, guiding herself away from self-inflicted hate. "I'm that bitch, put me on the VIP list," she spits.

"The meaning of the song is silencing those negative voices that are always stifling us," Ortiz says. "Just think of the great things we could achieve in life if we told those negative voices in our head to just 'Shut Up!' Always telling us we aren't good enough, that we can't do it. We gotta tune those voices out and replace them with positive ones."

"These dark and gritty southern beats paralleled with KC's roots in the black church birthed these incredibly strong memories that I had growing up and attending Sunday service," VAM director Vincent Martell says. "There's an energy in the black church that we tried to encompass in the visuals that feel eerily nostalgic. Through history, the baptist church has carried a sense of safety and community for black people. But as a child coming to terms with my sexuality, the church was sometimes seen as a symbol of fear, as the teachings of the church typically countered my very existence."

Watch the PAPER premiere of KC Ortiz's "Shut Up" video, below.