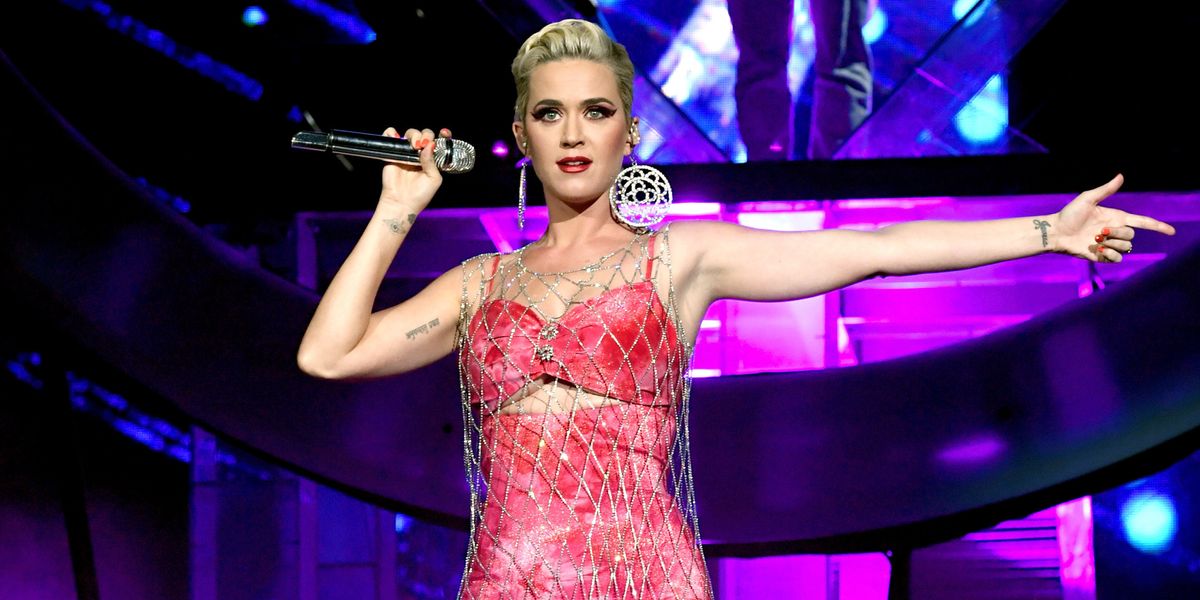 As one does at Coachella, ZEDD brought out a special guest at his Sunday night show. As a Big Producer Guy, it could have been anyone off his long list of illustrious vocal collaborators (including Maren Morris, Hayley Williams, Alessia Cara, Troye Sivan, Shawn Mendes, Selena Gomez, Logic, Liam Payne, etc.) but he picked Katy Perry to assist him with their recent lovelorn, robotic banger, "365."

Katy stole the show, leaning into the Coachella vibes in head-to-toe AREA. She crept out from side-stage to massive applause, looking like a futuristic hippie in a Shibori tie-dyed pink jumpsuit, crystal net smock and huge earrings straight off the runway of the brand's incredible fall 2019 show (which as we wrote in our coverage, won NYFW with its crystal face masks). Her chainlink crystals were *chefs kiss* as she strutted across the stage, glittering in the strobes.

She sounded great, too.

Of course she did. Katy knows how to slay both the Coachella 'fit and the surprise cameo: she's a veteran. She even paused to remind the crowd of this during the bridge: "I used to sneak in here... I've been doing Coachella for about 17 years." It's a well-earned flex: rookies come and go every year, but Katy has proved her staying power again and again.