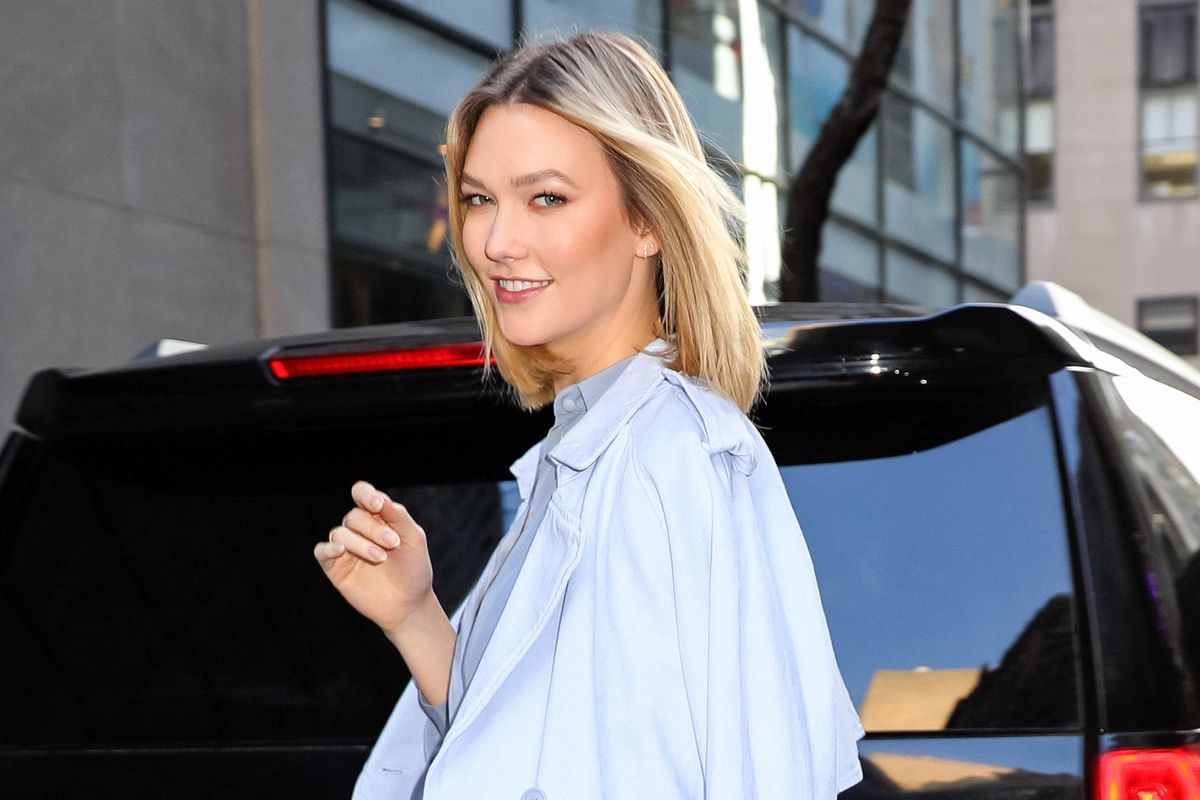 On Monday, the supermodel posted photos of herself wearing a pair of $700 Stuart Weitzman boots emblazoned with the word "VOTE" on them. And while her intention was to encourage civic engagement, it didn't take long for her to be called out given her personal ties to the Trump administration.

After all, Karlie has been married to Joshua Kushner since 2018, whose brother Jared is Donald Trump's personal advisor and son-in-law. And though the Kloss-Kushners have said that they never voted for Trump — and Karlie has appeared at a campaign event for Joe Biden — their tenuous connection to the president has always been a source of intense scrutiny.

These boots were made for voting pic.twitter.com/Ww7xalbEhQ

Needless to say, Karlie's photos were quickly panned as a lukewarm gesture by critics who chided her for marrying "into a proto fascist family and just never [bringing] it up."

"Anyways what's your husbands last name?," as one Twitter user said, while another commenter tweeted, "Funny that you don't pick a side."

"You could just ask your brother/sister in law to do something to help the thousands of people dying," they continued. "But maybe also vocalize that people should vote them out?"

Funny that you don’t pick a side, you could just ask your brother/sister in law to do something to help the thousands of people dying, but maybe also vocalize that people should vote them out?

Meanwhile, others like cracked similar jokes about the pics, writing things like, "Ahhh yes from none other than miss Karlie Kloss Kushner, whose initials are most pleasing to her husband's family," alongside references to that infamous Project Runway moment.

ahhh yes from none other than miss Karlie Kloss Kushner, whose initials are most pleasing to her husband’s family https://t.co/7FfTuJPHGH

Maybe you can wear them for a dinner with the Kushners?

Karlie, however, has yet to respond to the backlash. In the meantime though, see what else people are saying about her photos, below.

“for Trump” she whispered as she pressed ‘Tweet’ a twinkle in her eye. https://t.co/b5YZAQFHVL

not karlie kloss of all people telling her followers to vote pic.twitter.com/R8UxPFHHxk

Sis, the call is coming from *inside* the house https://t.co/RoebKhQfk4

Unless they gonna vote for your husband’s family. In that case they can stay tf home

It’s shameful how you use this as a trend because this is blatantly performative activism. Enjoy that dinner on the Kushner table.

Correction: This article has been updated to include a note about Karlie Kloss's recent appearance at a campaign event for Joe Biden.