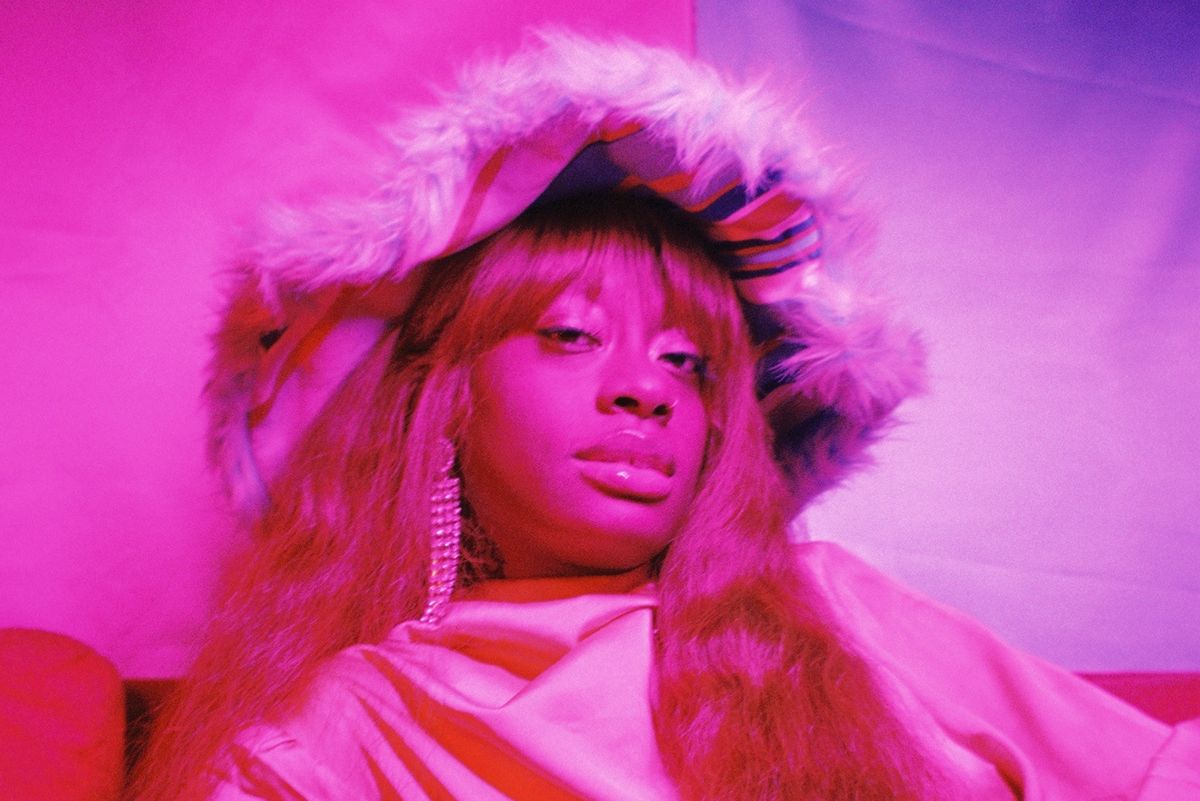 Lowkey Superstar's thesis is best summed up by a line in "Skit," which, in addition to giving Faux plenty of space to talk shit, pays homage to the days when pop artists from Janet Jackson to Britney Spears loaded their albums with intimate monologues. "Uphill battle beats patriarchy with a plastic knife/ That'll probably be the synopsis of my fucking life," she says. In an era of instafame and gratification, it's Faux's winking acknowledgment that her journey is a longer haul. She may be lowkey, but her eye is on a prize far greater than 15 minutes. (Lowkey Superstar's eight tracks even clock in at 16 minutes.)

Elsewhere on the mixtape, Faux is adjusting to the pressures associated with a growing profile. On the high-energy "StickUp!," she demands money owed for her labor, almost like a funky version of Rihanna's "Bitch Better Have My Money." On "Actors, Rappers & Wrestlers," she's bored with fame-hungry men who, despite their different professions, "play pretend." In that song's astral, blissed out empty spaces, Faux finds the greatest comfort and strength in her own fulfillment, and that's what make her a star.

Find out Faux's secrets to success, as she breaks down the inspiration behind each track on Lowkey Superstar, below.

This is the intro to the project. To me, it's an alarm. It's me telling the world that I believe in myself and won't be stopped anyone or anything.

This is one of my favorite songs I've ever made. I was in London working on the project and someone owed me a large amount of money and I was very upset about it. Danio, my co-producer, saw how upset I was and told me that I should just make a song about it. So, I did! LOL.

I heard the instrumental for this one and just started writing whatever came to mind. I love talking shit and I feel like this encapsulated that perfectly.

Tracy McGrady was everyone's hero if you grew up watching and playing basketball. He was known for shaking his opponents on the court. At the time, I had just gotten out of a love triangle with a guy and a girl so "I had to shake them off like McGrady with the rockets."

This started out as freestyle about a guy I was seeing who was also a rapper. I've dated actors and rappers and they all seem to be the same. Feeling like the world is their stage and that everyone who enters their life is just a supporting role. I can't be with someone who needs constant reassurance but neglects my needs.

This song is about having people want your time and attention because they see you doing well. "Freakin' N' Ballin'" is a phrase a homie of mine, Big Corey, used to say back when I was in high school. I wanted to pay homage to my hometown.

I've had a few people from my past try to resurface in an attempt to date me or whatever. I wrote this song to make fun of people who try to talk down on you then turn around and want to see what's up with you. Like, look at the irony.

People are gonna say what they want about you. Good or bad. I'm learning to have tougher skin these days. This song is like an affirmation in a way. I let the people talk.