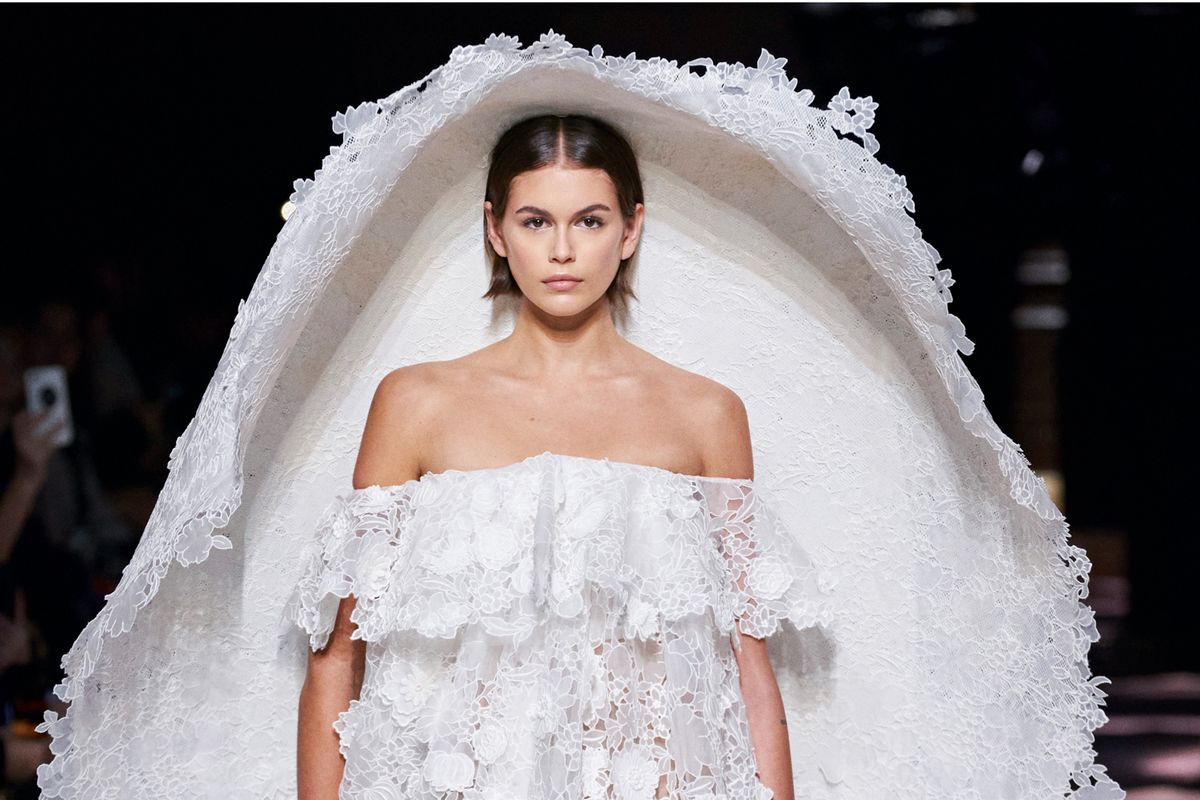 At the finale of Givenchy's haute couture show in Paris on Tuesday, Kaia Gerber emerged as the ultimate fantasy bride in a spectacular wedding look that was equal parts romantic and avant-garde. Her white off-the-shoulder lace dress was paired with a dramatic umbrella headpiece that seemed to float on the runway and leave onlookers entranced by its stature.

From the front, the hat appeared to resemble a large concave flower petal that curved and enveloped the wearer, while from the back it lay flat and swept the floor ever so smoothly. Fittingly, the theme of the collection revolved around English garden motifs, with Creative Director Claire Waight Keller citing everything from orchards to camellias and tuberose as inspirations.

Kaia on Instagram: “closing givenchy @givenchyofficial haute couture. @clarewaightkeller you have left me completely speechless. words will never begin to…”

The tradition of having a runway bride as the final look goes way back to the late '40s, with everyone from Chanel to Dior doing their own interpretations since. (Keller's last two couture collections culminated with a feathered bride and a sheer bride.) But this Spring 2020 bridal look is by far the most extravagant of Keller's yet.

Gerber's Givenchy appearance is her third of the season, following her runway turn at Chanel the same day and Alyx a few days earlier for Paris Fashion Week Men's. She thanked Keller and the atelier in a recent Instagram post, describing her look as leaving her "speechless."