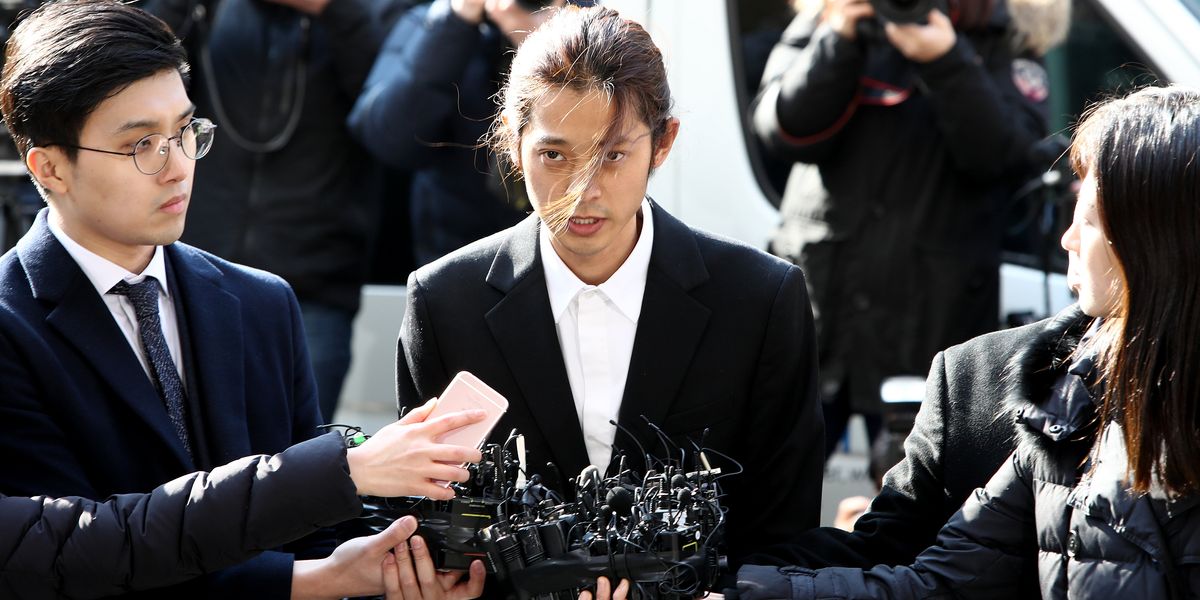 K-pop stars Jung Joon-young and FT Island's Choi Jong-hoon have, respectively, been sentenced to prison for six and five years on rape charges.

BBC reports that Jung and Choi were both convicted of gang-raping incapacitated women.

Additionally, Jung was found guilty of recording the assaults and then distributing the videos online via mobile chatrooms that included members like BigBang's Seungri.

"Jung and Choi took part in gang-rape of victims who were intoxicated and unable to resist. It is hard to fathom the extent of suffering the victims must have gone through," the verdict said, per Korea's Yonhap news agency.

"I deeply regret my foolishness and I feel great remorse," Jung said, per the publication. "From now on, I shall only... live in remorse." Meanwhile, Choi reportedly claimed to "not feel remorse after mass-raping drunken victims"

The allegations first surfaced in March and led to Jung announcing his retirement.

In addition to serving time in prison, Jung and Choi will be required to complete 80 hours in a "sexual violence treatment program." Both have also been banned from being employed at children and youth facilities for five years.