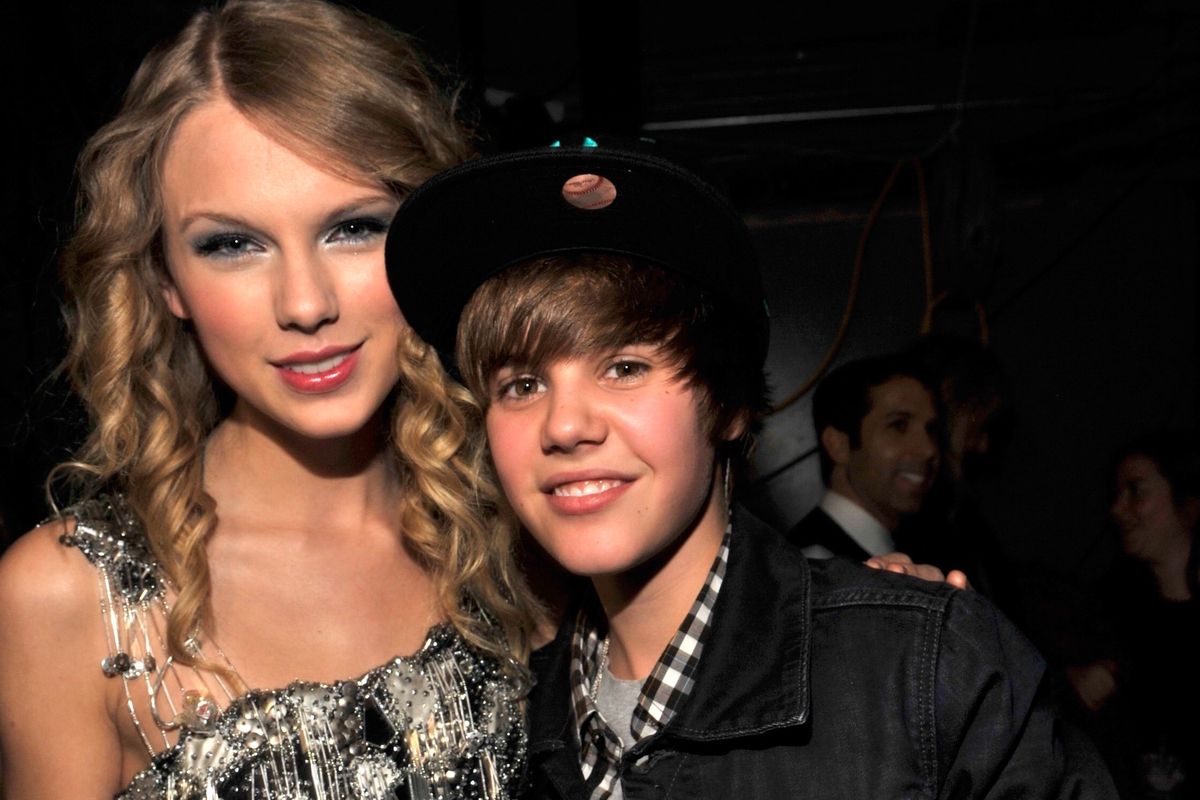 In recent news, Taylor Swift called out Scooter Braun via Tumblr after Braun secured a $300 million deal, buying out her former label Big Machine, and the masters to her pre-Lover records along with it. In the post, Swift also mentions being bullied by Braun's clients Kanye West and Justin Bieber, and now the Biebs has replied.

The pop star, who once-upon-a-time opened for the former country singer, took to Instagram with a photo of them together. He apologizes to Swift for his behavior online, particularly his post from November 2016 showing him video-calling Braun and West, mocking Swift​ with the caption, “taylor swift what up.” But he also defends Braun saying he had nothing to do with the post. “Scooter has had your back since the days you graciously let me open for you.” He continues, “So for you to take it to social media and get people to hate on Scotter isn’t fair.”

Bieber’s tone then changes, and he accuses Swift also of knowing what she was doing when she posted about her feelings about the whole situation. “What were you trying to accomplish by posting that blog? Seems to me it was to get sympathy u also knew that in posting that your fans would bully scooter,” he writes.

Bieber then asks Swift to take their conversation offline, to have a more productive discussion as opposed to doing this back-and-forth. He says that he and Scooter would be willing to talk.​