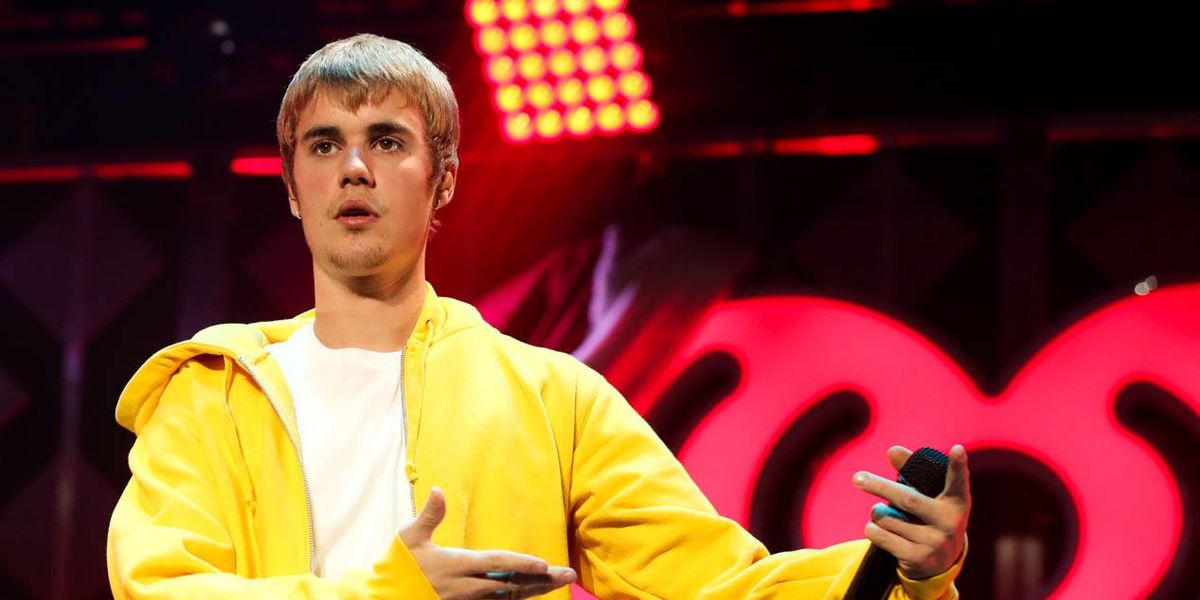 Justin Bieber accidentally got a new gig as a shapewear model.

In a stroke of unintentional marketing genius, a billboard for the pop star's Balenciaga campaign popped up on the side of West Hollywood's Andaz Hotel on Monday. Which was all well and good, except for a tiny mix-up that left him in a pair of skivvies, specifically from Kim Kardashian's SKIMS lingerie and shapewear brand.

According to People, LA drivers were treated to the sight while crews were in the process of switching the ads. However, the way the photos lined up made it seem like Bieber — donning a leather jacket and the kind of smoldering look you'd expect for a high-fashion ad campaign — was also sporting a pair of gray underpants and crew socks.

Unfortunately, the gaffe has since been fixed and now shows Bieber in some black sweats and running shoes. Thankfully though, we all have camera phones, meaning that the ad will live on the internet forever. See it for yourself, below.

Justin Bieber for Skims Balenciaga is the happy accident you could only wish for on a Monday drive home. pic.twitter.com/NuYDdP9pf0