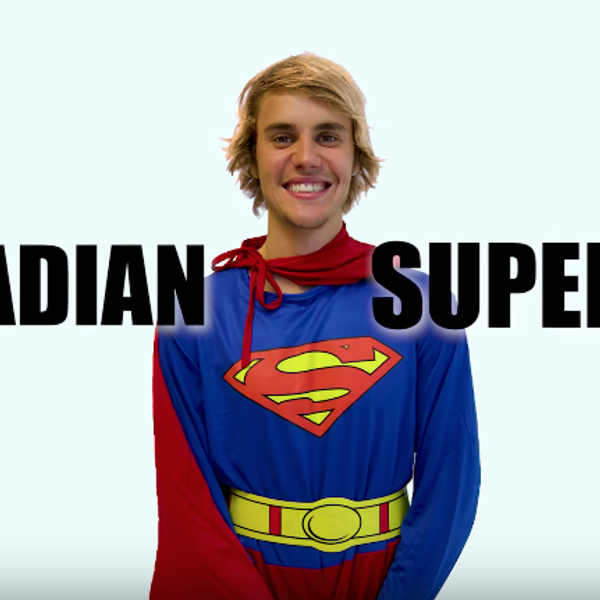 Though he hasn't released new music in awhile, Justin Bieber has been recovering from his latest breakup with Selena Gomez by developing his other interests, which include going to church, showing off his tattoos, and being goofy on the Internet. The Purpose singer surprised many by showing up in the latest sketch comedy video by Shot Studios, called "Racist Superman."

The skit features eight different versions of superman who meet up at a restaurant and argue over who is the best version of the iconic character. As the Supermen argue about what to tip the waitress a la Reservoir Dogs, they embody and poke fun at various racial stereotypes. Bieber appears as "Canadian Superman" in full hockey gear, but he's "too nice" to be part of the roast session and the other characters send him on his way. Bieber has one of those senses of humor that's... tricky at times to decipher. Is it too subtle, too obvious, or just the product of becoming world famous at an early, tender age? Either way, we're glad he's having fun.

Watch "Racist Superman," below (Biebs appears at the 6-minute mark):